Celebrating the world’s most impactful policies to empower youth

The 2019 Future Policy Award was dedicated to policies that empower young people to build a fair and sustainable future, that advance youth access to decent jobs, including green jobs, and enhance their civic and political participation for sustainable development and peace.

Among the winners were policies from Rwanda, Estonia, Scotland (United Kingdom), Nepal, South Africa, Europe, Los Angeles (USA) and Senegal that had been selected from among 67 nominated policies from 36 countries. The 2019 winners of the “Oscar for best policies” were celebrated at the 2019 Future Policy Award Ceremony on 16th October 2019 during the 141st Assembly of the Inter-Parliamentary Union in Belgrade, Serbia, in presence of more than 500 speakers of parliaments, parliamentarians and ambassadors from across the globe.

The Future Policy Award 2019 was made possible thanks to the generous support of the Michael Otto Foundation and the Jua Foundation, our partners – the Inter-Parliamentary Union (IPU) and the United Nations Development Programme (UNDP), our great supporters – the Office of the UN Secretary-General’s Envoy on Youth, the International Labour Organization (ILO) and Youth Policy Labs – as well as the efforts of many further people.

This year the Award jury selected one Gold, Silver and Bronze winner for each of the two 2019 categories, which were Decent and Sustainable Jobs for Youth Economic Empowerment and Youth Civic Engagement and Political Participation for Sustainable Development and Peace, in addition to two Vision Award winners.

Rwanda’s YouthConnekt Initiative (2012) is a multifaceted and innovative programme that empowers youth, connects them to the private sector, government employment and entrepreneurship opportunities, and strengthens their civic engagement and leadership. Around 600,000 young people have participated in national YouthConnekt Month every year since 2012 through hands-on activities in their communities and thousands of jobs have been created. Already, 12 African countries have subscribed to the YouthConnekt model. As of 2017, the YouthConnekt Africa Summits aim to transform the continent with potent young actors by creating 10 million jobs for youth in sustainable job environments reducing gender inequalities.

The Estonian Youth Field Development Plan is a comprehensive government policy for young people and the youth sector. Its overarching goal is to ensure that each young person has ample opportunities for self-development and self-realization. The policy is knowledge-based and evidence-informed, participatory in development and implementation, and gender-responsive. It employs a holistic approach to youth development, and it is fully resourced. It is one of the first youth policies globally to fully respect the Baku Principles for Youth Policy, and one of the very few to emphasize the link between public policies for young people and sustainability and the environment. It promotes high levels of engagement with youth  workers, with 20% of youth workers participating in training programmes in a year. As a result, more than 50% of all young Estonians have been involved in youth work activities every year since 2014.

Developing the Young Workforce (DYW) is Scotland’s youth employment strategy and its government’s commitment to tackling youth unemployment and improving the skill levels of young people to adapt to market requirements. It brings together the education system, employers, civil society, youth organizations and local authorities in order to shape the curriculum and expand the modern apprenticeship programme. DYW is now an integral part of the Scottish education system and aligned with ambitious national goals to realize Agenda 2030 and transform into a green economy and a fair society. Its headline target, to reduce youth unemployment by 40% by 2021, has been reached four years ahead of schedule and more than 28,000 Modern Apprenticeships have been created.

The Constitution of Nepal marked a major achievement for the country’s peaceful transition to democracy following the civil war of 1996 to 2006. The Constitution introduces a competitive multi-party democratic system and enshrines human rights, including the right to a healthy environment. Its Articles contain provisions for youth rights relating to participation and empowerment in Nepal, as well as protections from discrimination. Since its promulgation, a suite of youth policies and institutional developments have taken place, including the approval of the National Youth Policy (2015), the establishment of the National Youth Council (2015), and the development of the Youth Vision 2025 and the Ten-Year Strategic Plan (2015).

South Africa’s Expanded Public Works Programme is a nationwide programme that provides poverty and income relief through temporary work for the unemployed. It is the country’s largest active labour market policy, which since its inception has generated over 8 million work opportunities, primarily reaching women (66%), youth (46%) and people with disabilities (1%) as beneficiaries. Unlike most public works programmes, it generates temporary labour-intensive employment opportunities not only through the delivery of public infrastructure, but also through the provision of socially, culturally and environmentally useful services.

Council of Europe’s Co-Management of the Youth Sector, 1972

The Council of Europe’s Co-Management System is one of the world’s longest standing examples of participatory democracy in a supranational institution, and one of the very few examples of shared decisionmaking between governments and young people where power is shared in full 50:50 parity. Through the Co-Management model, more than 10,000 grants have been awarded to youth organizations, with a cumulated volume of more than 130 million Euros, and youth leaders and activists have received training and education, which has changed the youth sector profoundly. Moreover, this model for co-management has been applied in a wide range of other governance and/or policy contexts.

Los Angeles launched its Green New Deal in April 2019, with the aim of guiding the city’s transition into an equitable and abundant economy powered by 100% renewable energy by 2045. Containing more ambitious goals to uphold the Paris Agreement, it serves as an update to Los Angeles’ Sustainable City pLAn (2015–2019), which has already met 90% of the near-term goals on time. The Green New Deal is a comprehensive roadmap to protect the environment, strengthen the economy with green jobs for young people, build a more equitable future and address environmental justice. It serves as an inspiring model for other cities across America and beyond.

Senegal’s National Strategy for the Promotion of Green Jobs, 2015–2020

Senegal elaborated its first National Strategy for the Promotion of Green Jobs in a participatory manner. It serves as a reference framework for green jobs, strengthening the legislative, institutional and regulatory framework, creating green job opportunities, building human capacities, developing an appropriate financing policy, advocacy, and setting up mechanisms for monitoring and sustainability. As of June 2019, about 2,000 green jobs have been created, with young people and women as the main beneficiaries. Of the green jobs projects that have been launched, recycling, aquaculture and forestry projects all generated a return on investment in the second year of production. Furthermore, the policy is being taken as a model by other countries in Africa and beyond.

All 2 /Rights of Children and Youth 2 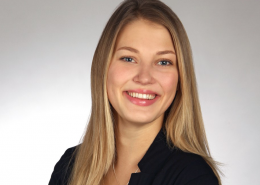 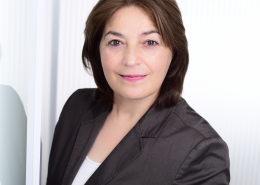 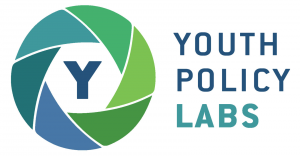 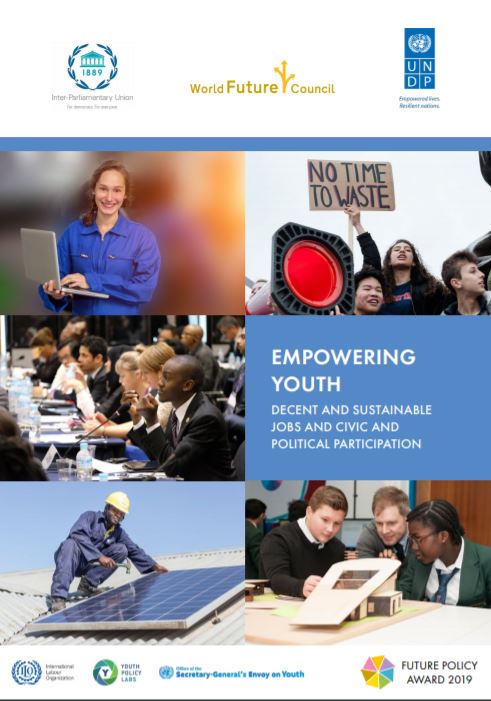 Read up on all the policies in our full brochure.