Among the winners were policies from Rwanda, Estonia, Scotland (United Kingdom), Nepal, South Africa, Europe, Los Angeles (USA) and Senegal that effectively advanced youth access to decent jobs, including green jobs, and enhanced their civic and political participation. They had been selected from among 67 nominated policies from 36 countries.

This year’s Future Policy Award Ceremony 2019 was held in the main plenary hall of the 141st Assembly of the Inter-Parliamentary Union in Belgrade, Serbia, on Wednesday 16th October 2019, in presence of more than 500 speakers of parliaments, parliamentarians and ambassadors from across the globe. The event opened with the beautiful, self-composed “Song of Hope” and welcome words by our Youth Ambassador Kehkashan Basu and with a speech by Hon. Gabriela C. Barron, President of the Inter-Parliamentary Union. 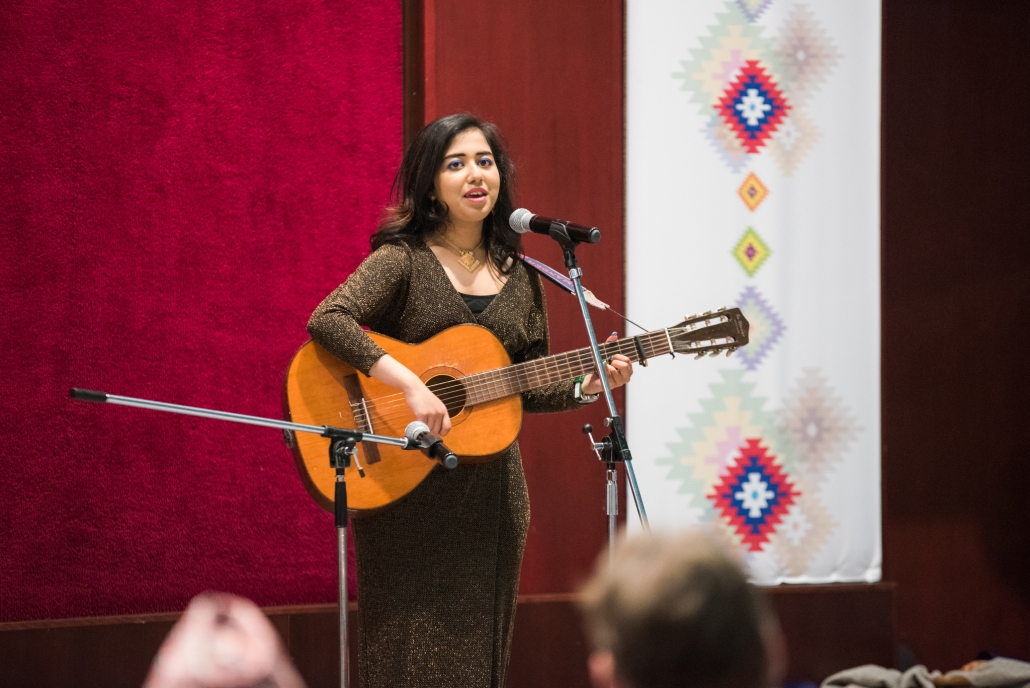 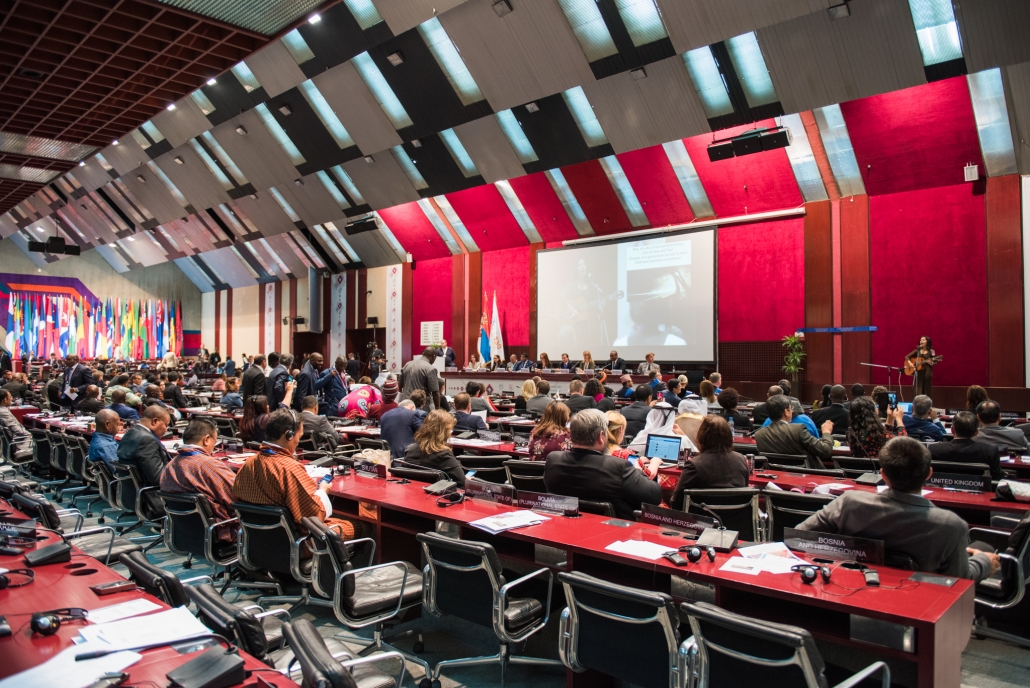 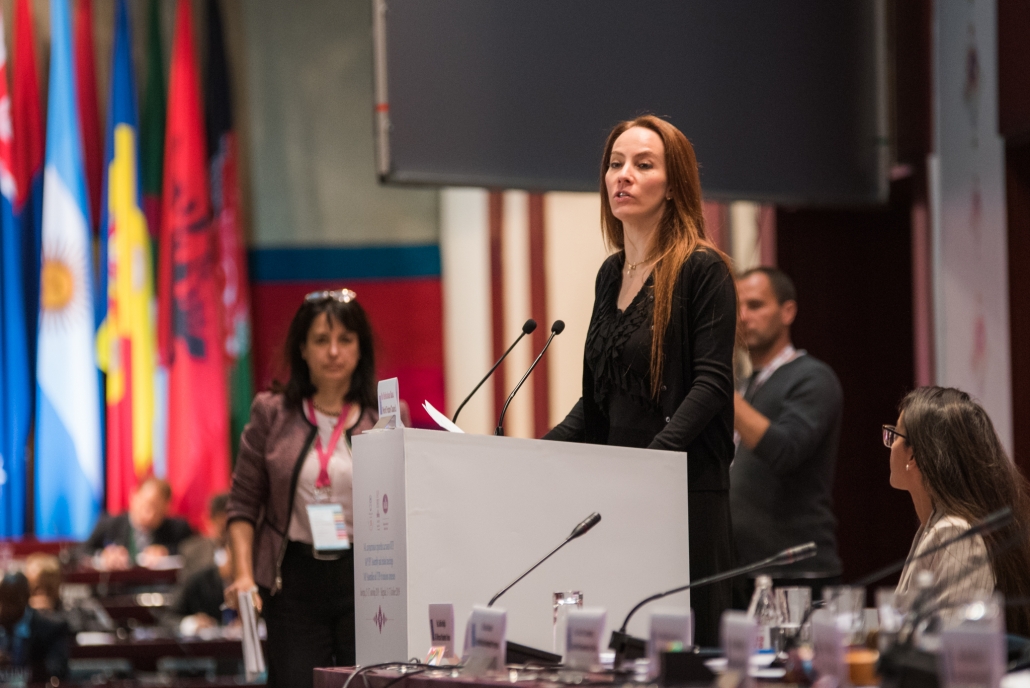 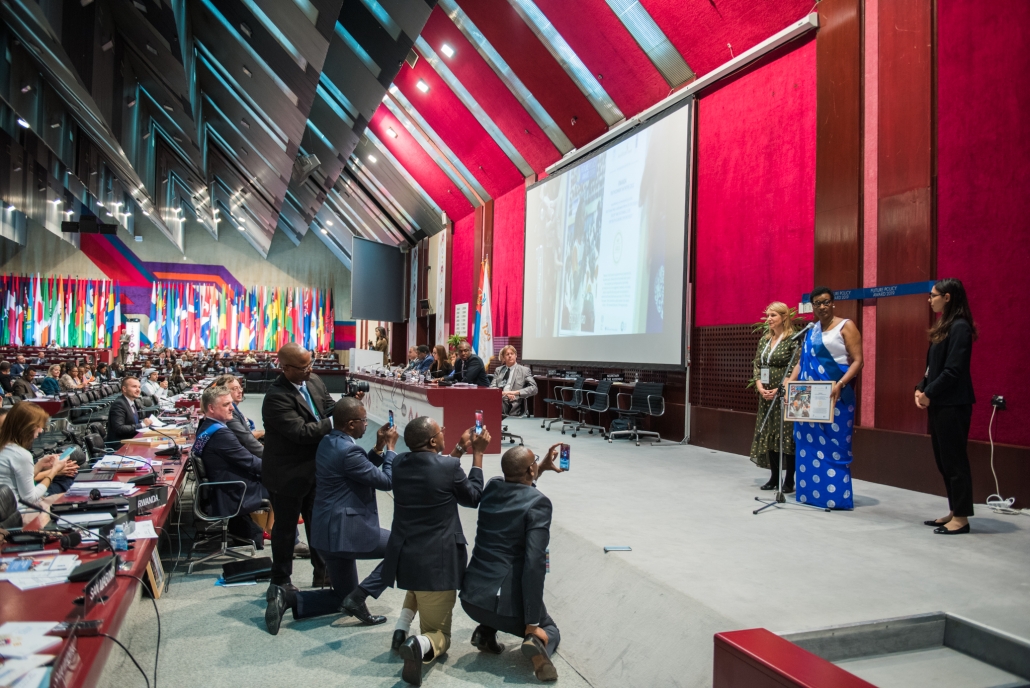 Gold for Rwanda and Estonia!

Among the representatives of the Gold winning policies were Right Honourable Donatille Mukabalisa, Speaker of the Chamber of Deputies of the Parliament of Rwanda representing H.E. Paul Kagame, as well as Ms Reelika Ojakivi, Head of the Youth Affairs Department, and Mr Mart Laidmets, Secretary General, both from the Estonian Ministry of Education and Research, who were all delighted to accept this year’s Gold Awards.

Rwanda’s YouthConnekt Initiative received Gold in the category “Youth Economic Empowerment”. Youth Connekt is a multifaceted and innovative programme that empowers youth, in which so far around 600,000 young people have participated every year since 2012 and thousands of jobs have been created. Estonia’s Youth Field Development Plan won the highest recognition in the category “Youth Civic Engagement and Political Participation”. Fully resourced, it is one of the first youth policies globally to fully respect the Baku Principles for Youth Policy. 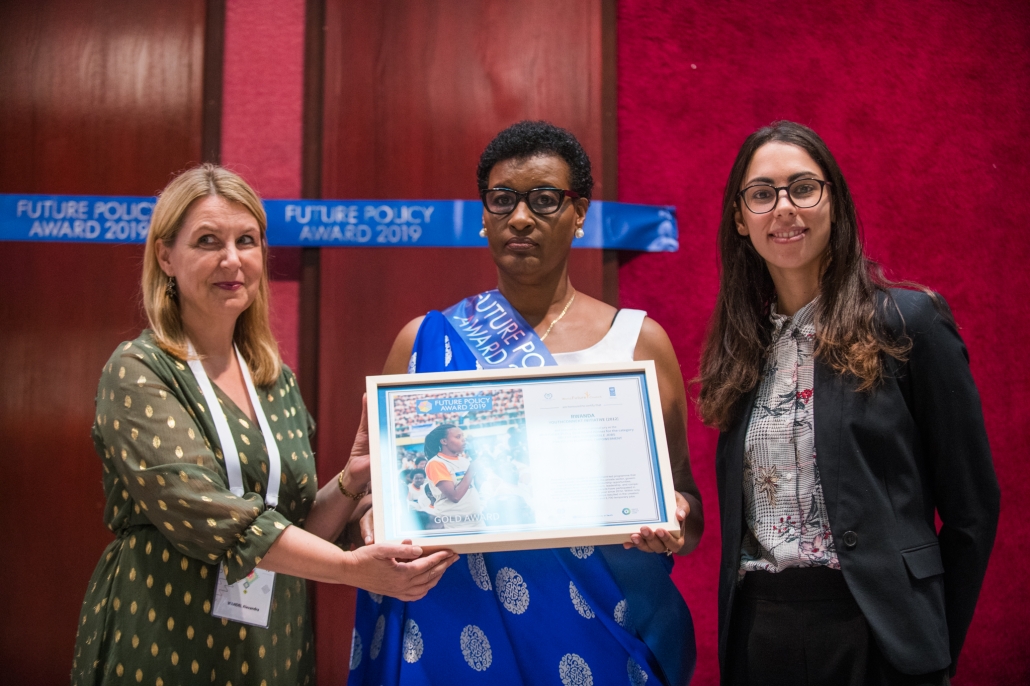 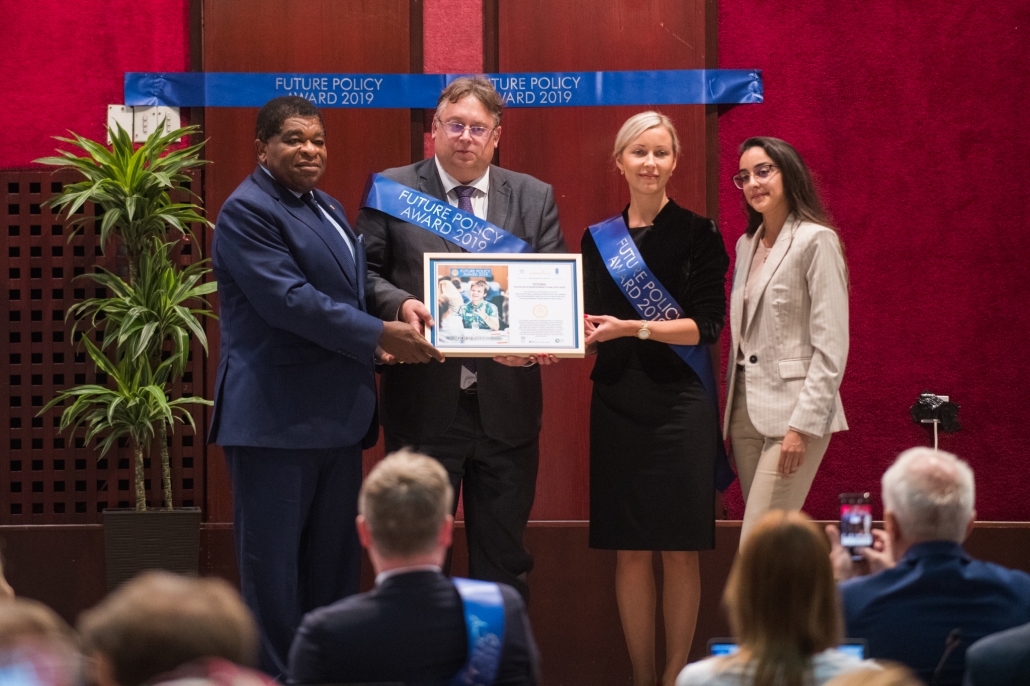 Martin Chungong, Secretary General of the Inter-Parliamentary Union, and Alexandra Wandel, Executive Director of the World Future Council, hand over the Future Policy Gold Awards 2019 to Estonia and Rwanda (both on left side of each photo), along with youth representatives of the 100 Million Campaign: Sofia Najid, North Africa Representative of the All-African Students Union, and Martina Darmanin, Member of the Executive Committee of the European Students Union (both on the right side). Photo credits: Inter-Parliamentary Union.

Second place for Nepal and Scotland!

Mr. Ganesh Timelsina, Right Honourable Chairman of Upper House of the Parliament of Nepal, came to collect the Silver Award in the category “Youth Civic Engagement and Political Participation” for Nepal’s Constitution, which enshrined youth rights and resulted since its promulgation in a suite of youth policies and institutional developments, including the approval of the National Youth Policy (2015).

The Scottish Developing the Young Workforce Strategy, which reached its headline target, to reduce youth unemployment by 40% by 2021, four years ahead of schedule, bagged the Silver Award in the category “Youth Economic Empowerment”. Youth of Scotland sent us a lovely video message accepting the Award. 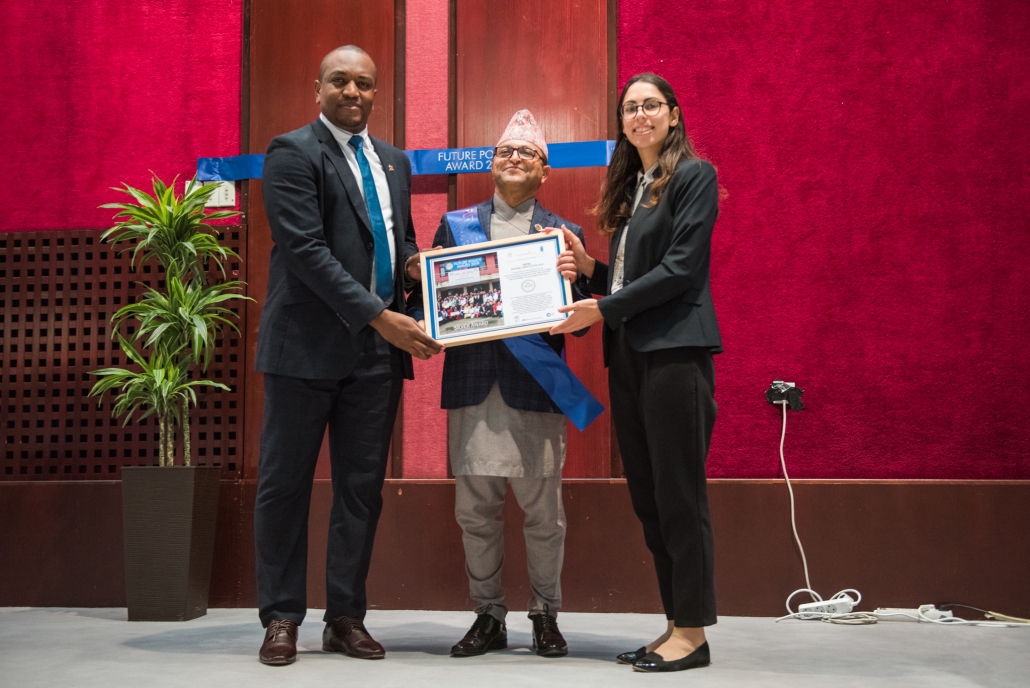 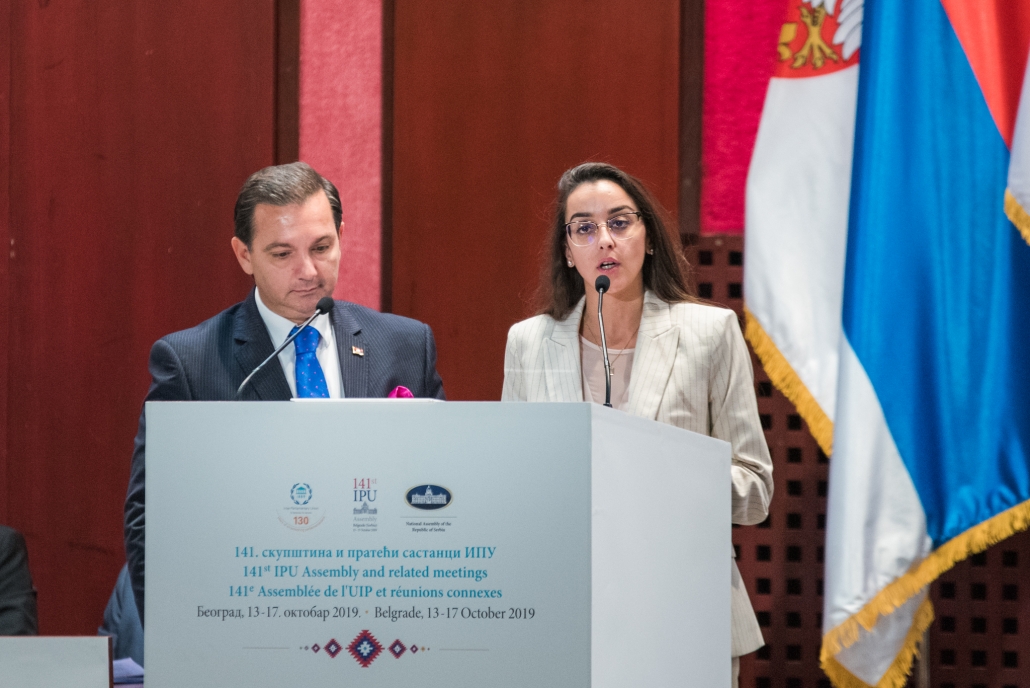 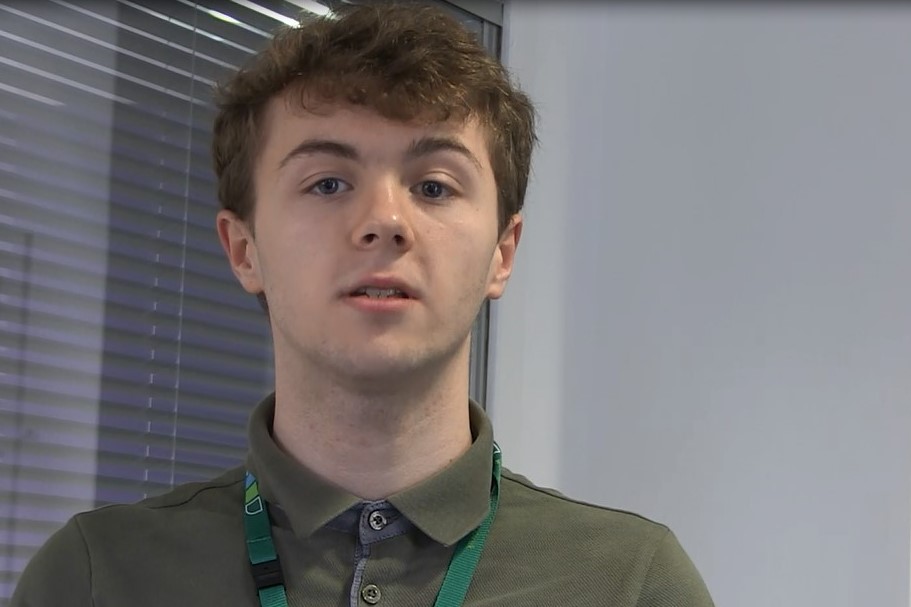 Hon. Melvin Bouva, President of the IPU Forum of Young Parliamentarians, and Deputy Speaker of the Parliament of Suriname, and Martina Darminin, hand over the Future Policy Silver Award to Nepal. (Hon. Bouva on the left) After the congratulatory speech for Scotland by Hon. Vladimir Marinkovic, Deputy Speaker of the National Assembly of Serbia, and Sofia Najid, youth of Scotland thanked the World Future Council and its partners for the recognition. Photo credits: Inter-Parliamentary Union.

Bronze goes to the Council of Europe and South Africa!

From South Africa, Hon. Noxolo Kiviet, Deputy Minister of Public Works and Infrastructure, joined the event to accept the Bronze Award in the category “Youth Economic Empowerment” for the Expanded Public Works Programme, a nationwide programme that provides poverty and income relief through temporary work for the unemployed. Since its inception the programme has generated over 8 million work opportunities, primarily reaching women (66%) and youth (46%) as beneficiaries.

The Bronze Award in the category “Youth Civic Engagement and Political Participation” went to the Council of Europe’s Co-Management System, which is one of the very few examples of shared decision-making between governments and young people worldwide where power is shared in full 50:50 parity. The Award was personally accepted by Mr. Tobias Flessenkemper, Head of the Council of Europe Office in Belgrade. 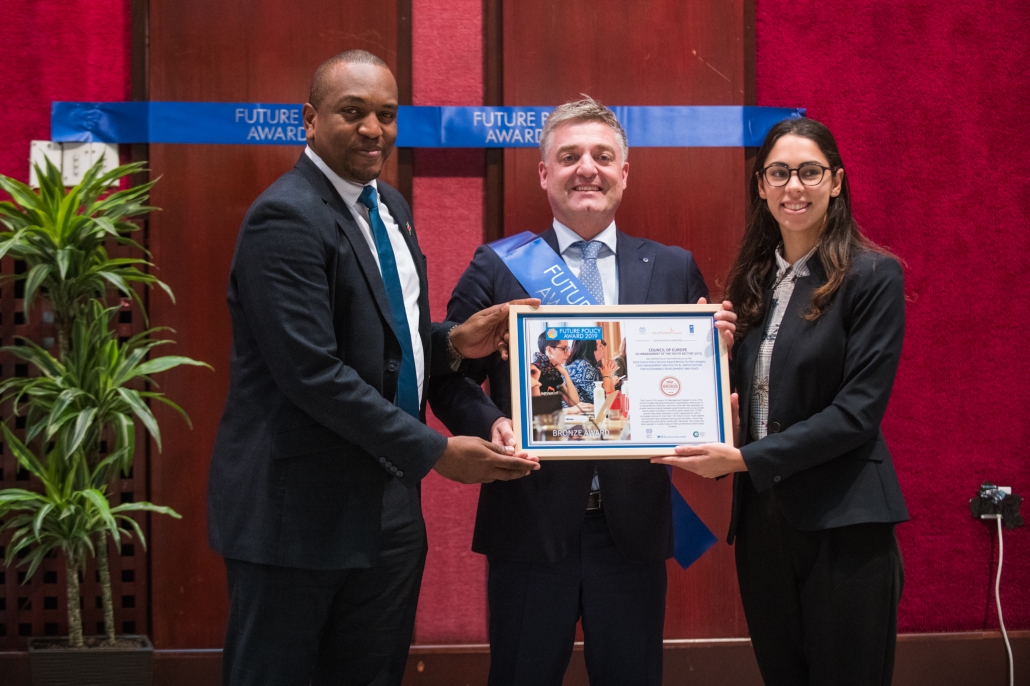 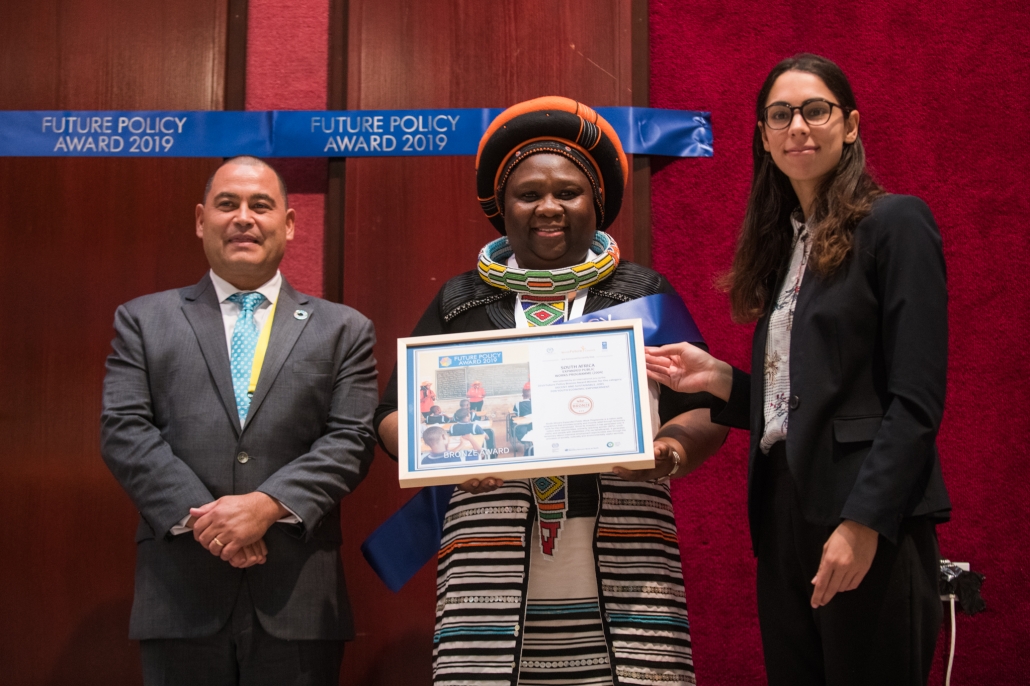 Charles Chauvel, Global Lead, Inclusive Processes and Institutions of the United Nations Development Programme, representing UNDP Administrator Achim Steiner, and Martina Darmanin hand over the Bronze Award to South Africa, whilst Hon. Melvin Bouva, President of the IPU Forum of Young Parliamentarians, and Deputy Speaker of the Parliament of Suriname, hand over the second Bronze Award to the Council of Europe. Photo credits: Inter-Parliamentary Union.

This year’s Future Policy Vision Awards honoured Los Angeles’ Green New Deal, which guides the city’s transition into an equitable and abundant economy powered by 100% renewable energy by 2045, as well as Senegal’s National Strategy for the Promotion of Green Jobs, which serves as the nation’s reference framework for a green economy and resulted in many green job projects creating 2,000 jobs mainly for and with young people and women. 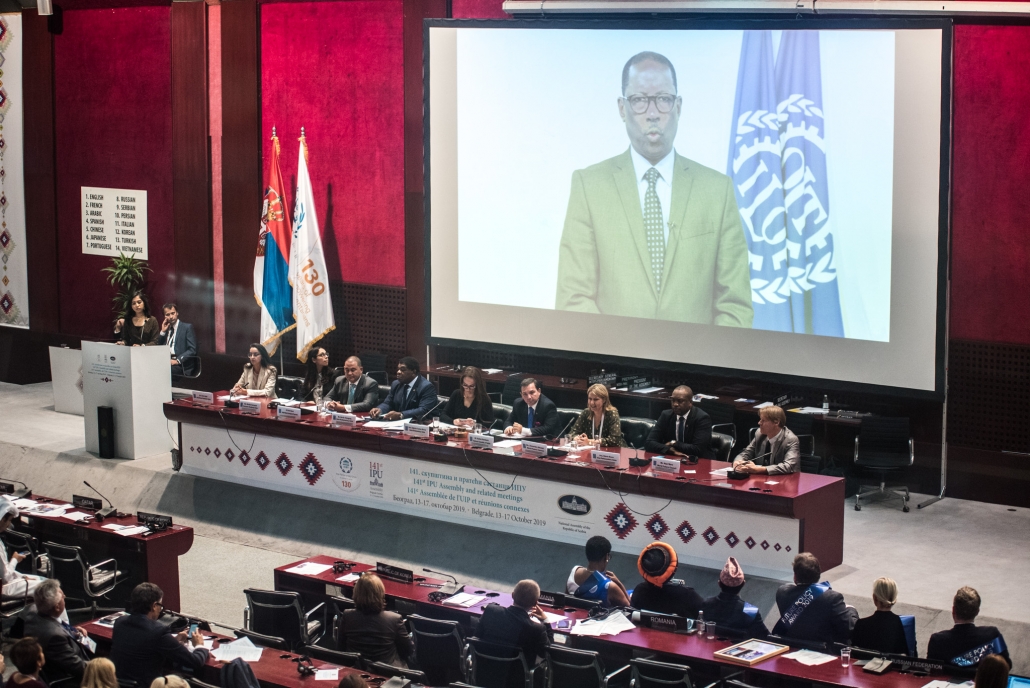 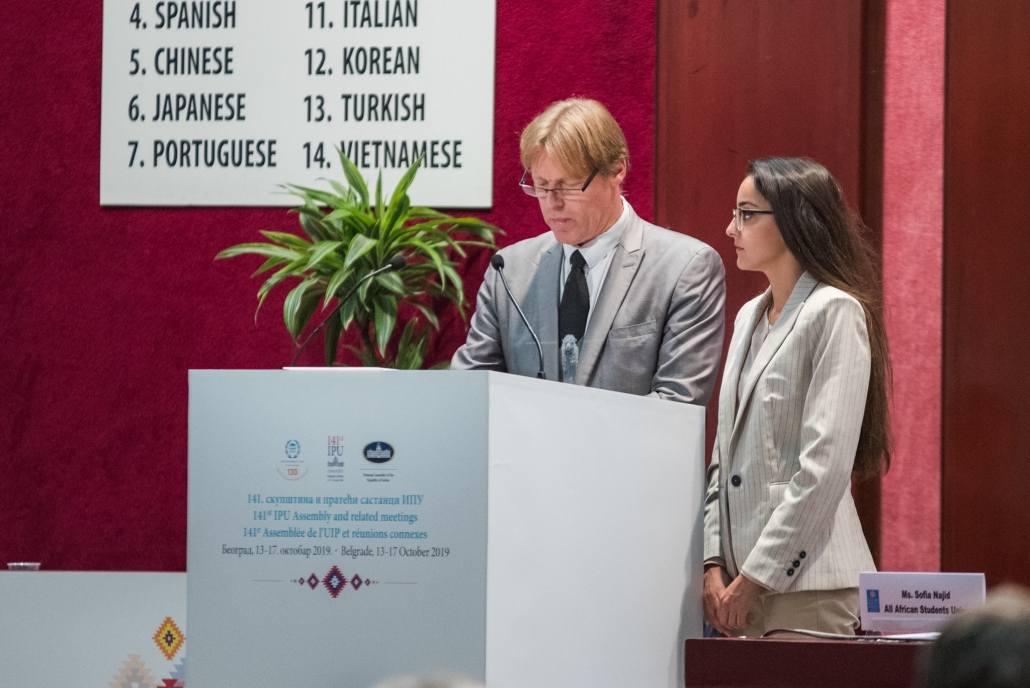 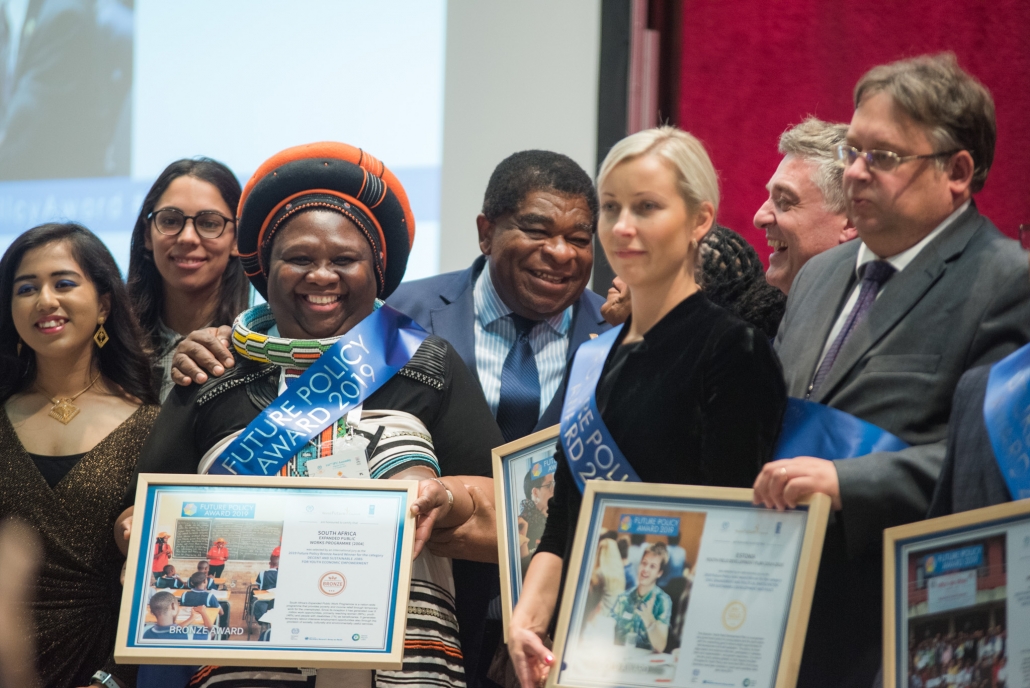 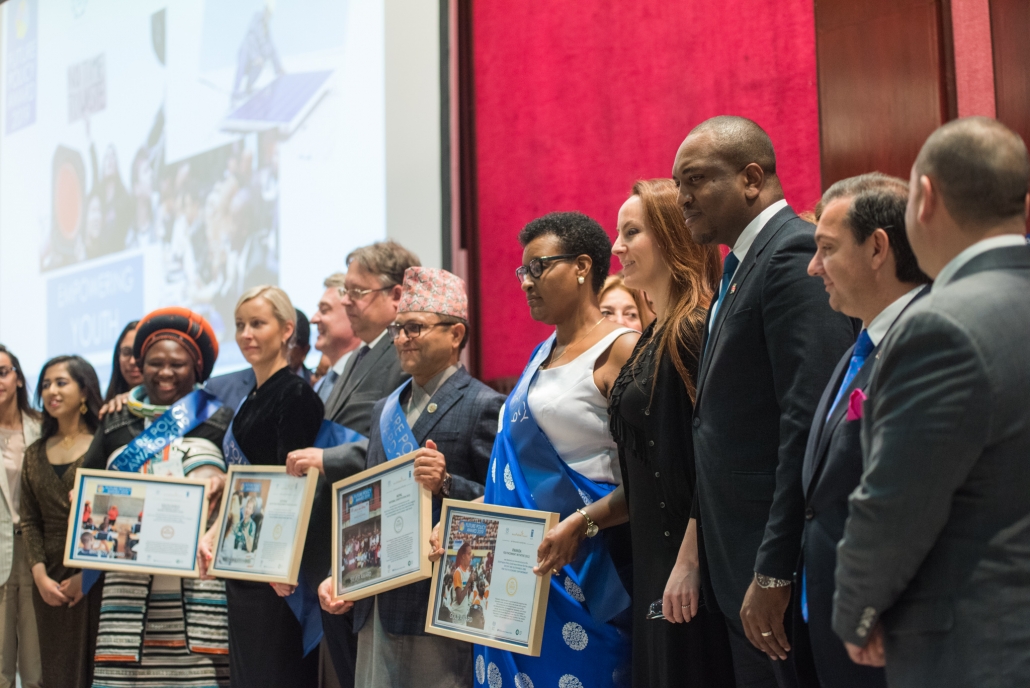 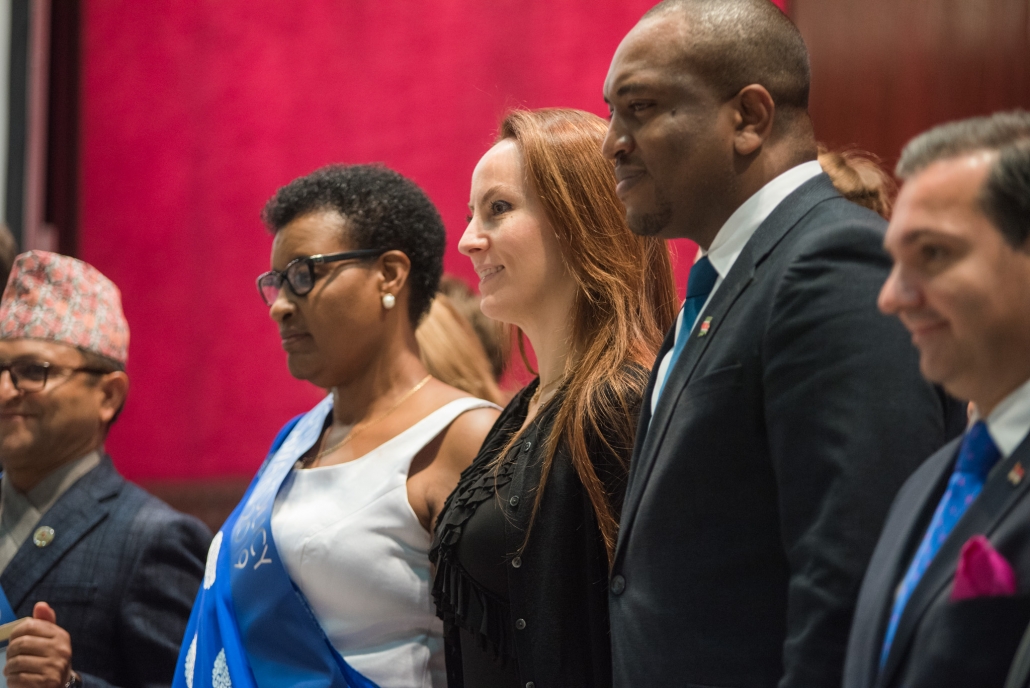 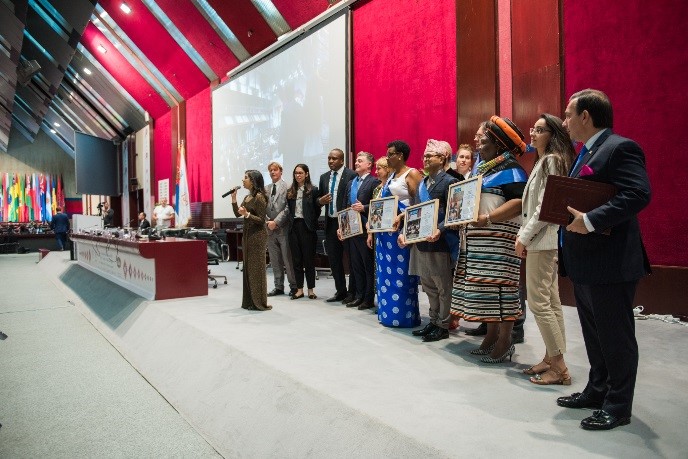 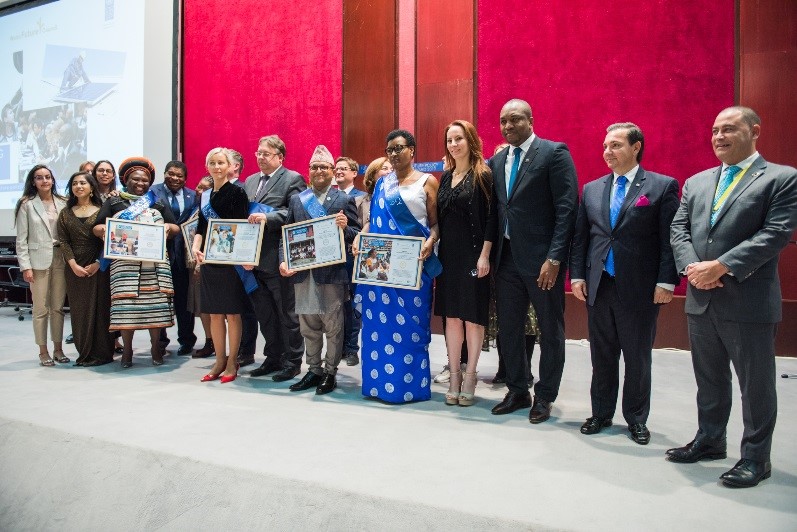 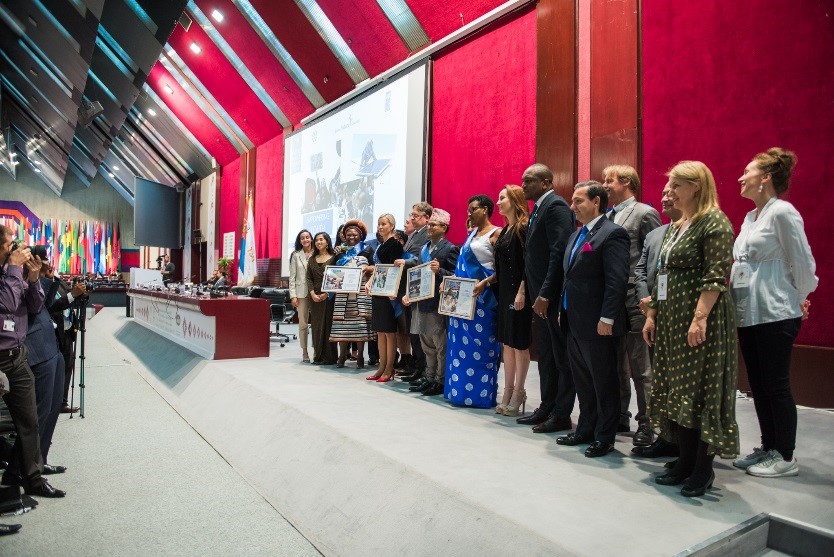 After the celebration, Alexandra Wandel, Executive Director of the World Future Council, said: “It was a truly exciting live webcasted event! This year’s Future Policy Award was made only possible by the generous support of the Michael Otto Foundation and the Jua Foundation, by sincere partnerships, great supporter and the efforts of many. We profoundly thank everyone. We thank our partners – the Inter-Parliamentary Union (IPU), especially Martin Chungong, Gabriela C. Barron, Melvin Bouva, Anda Filip, Thomas Fitzsimmons, Zeina Hilal and Jonathan Lang, as well as the United Nations Development Programme (UNDP), in particular Achim Steiner, Charles Chauvel, Noella Richards and Sangita Kadhka. We also thank our supporters – the Office of the UN Secretary-General’s Envoy on Youth, especially Jayathma Wickramanayake, Saskia Schellkens and Nicholas Ceolin, the International Labour Organization (ILO), particularly Moussa Oumarou and Valter Nebuloni, and Youth Policy Labs, especially Andreas Karsten. We also thank all awardees – do keep up the good work! We thank all speakers and jury members, all experts, researchers and volunteers, who supported us in making this year’s Future Policy Award possible. I especially thank also Samia Kassid, our Senior Project Manager for the Rights of Children and Youth, and Ingrid Heindorf, our Future Policy Award Project Manager for all the work they have put into this during the last year. Without all of you the Award would not have become a reality!” 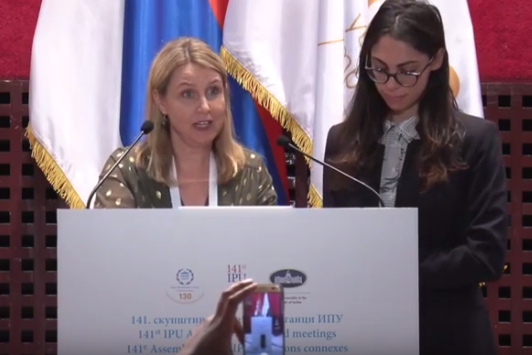 Find out more about the Future Policy Award 2019 and its winning policies at: https://www.worldfuturecouncil.org/p/2019-empowering-youth/