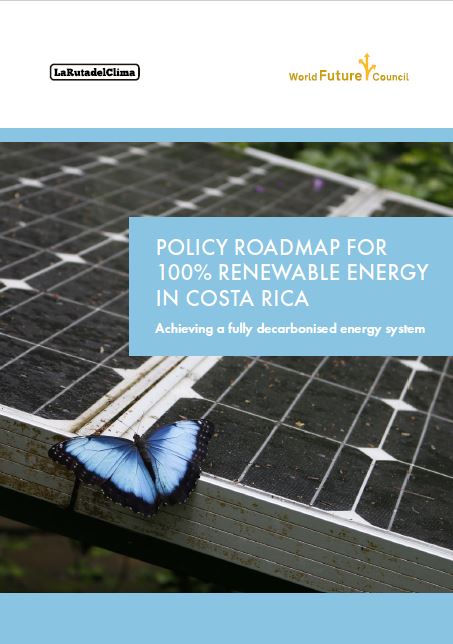 Costa Rica is a global leader when it comes to ensuring energy production comes from renewable energy sources. Between 2010 and 2017, the country attracted US$ 1.9 billion in new-build clean energy investments (Rapid Transition Alliance, 2020), and with a 98% share of renewables in its electricity matrix and solid achievements to prevent deforestation—around 25% of the country’s land area is in protected National Parks and other protected areas Costa Rica is a global leader in terms of environmental sustainability, climate action and driving the renewable energy transition. At the same time, Costa Rica is one of the countries most vulnerable to climate change. Only considering the direct costs of extreme weather events, climate change resulted in economic losses estimated at around US$ 1.3 billion between 2005 and 2011. Some studies estimate future losses to exceed US$ 7 billion by 2030 (MINAE, 2015b). Or between 0.68 to 2.5 per cent of GDP until 2025 (Comptroller General of the Republic, 2017).

This policy roadmap complements the study “100% Renewable Energy for Costa Rica – A decarbonisation roadmap” by the University of Technology Sydney – Institute for Sustainable Futures. It aims to provide policy pathways for Costa Rican to achieve a fully decarbonised energy system in Costa Rica. Thereby harvesting the many socio-economic benefits of renewable energy.