“Imagine you have a lot of money, what do you find better? To buy food for 1 million starving children or for the ability to kill them all?”

This is one of the questions that Senior Advisor of the World Future Council and ideator of the Count the Money event, Holger Güssefeld, imagines asking his 3-year-old granddaughter. The message, registered to kick-off the event “Count the Nuclear Weapons Money”, currently taking place in New York, is very clear:  “This is one of the most stupid questions in the world, and yet we are still spending enourmous sums of money on nuclear weapons instead of tackling the most urgent problems of the world, such as climate change and humanitarian and social issues.”

The intention of Count the Nuclear Weapons Money is to show the true scale of the investments that nine countries are planning for the modernisation of their nuclear arsenals over the next 10 years. Volunteers in New York, London, New Mexico, Philadelphia and Wellington gathered to manually count $1 Trillion over 7 days and 7 nights. Starting on the 24th of October until the end of the day today, the volunteers have been counting  $100 million per minute in $1million dollar notes, and symbolically re-allocating them to climate protection, poverty alleviation, and the UN Sustainable Development Goals. 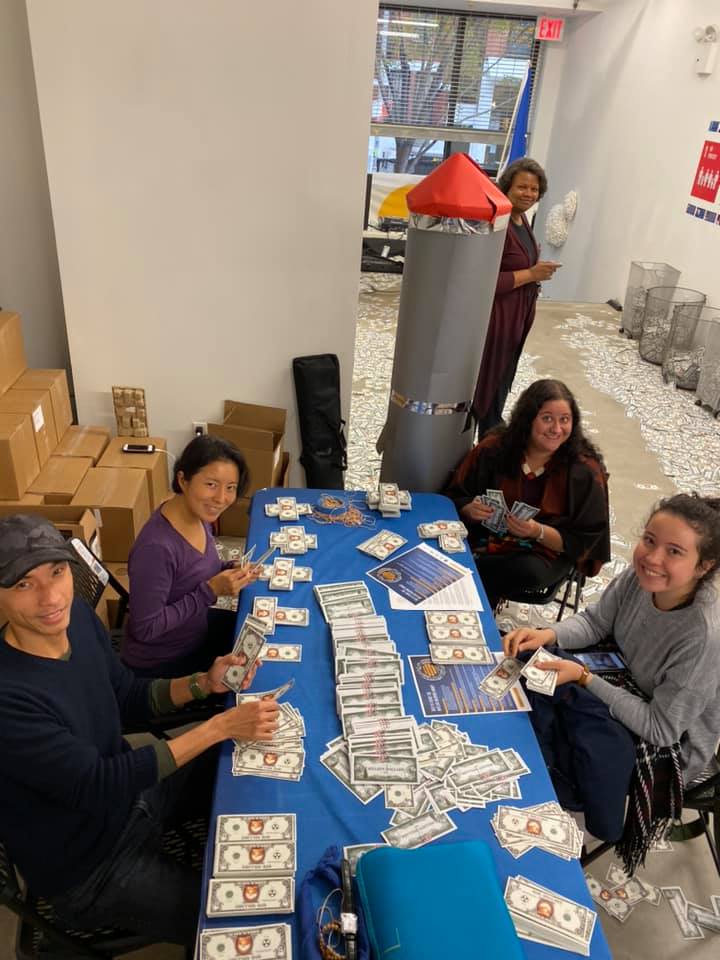 The event is part of Move the Nuclear Weapons Money, an international campaign launched in 2016 during the 135th Inter-Parliamentary Union Assembly, by the Basel Peace Office, International Peace Bureau, World Future Council and Parliamentarians for Nuclear Non-proliferation and Disarmament. Its goal is to cut nuclear weapons budgets and encourage divestment from companies manufacturing nuclear weapons and their delivery systems, while reallocating these budgets and investments to meet economic, social and environmental needs.

Since then, a number of organisations and networks joined the campaign: Global Security Institute, UNFOLD ZERO, World Federalist Movement and the Abolition 2000 Working Group on Economic Dimensions of Nuclearism. The campaign also  works in close cooperation with the  350.org Go Fossil Free divestment campaign and the Global Campaign on Military Spending.