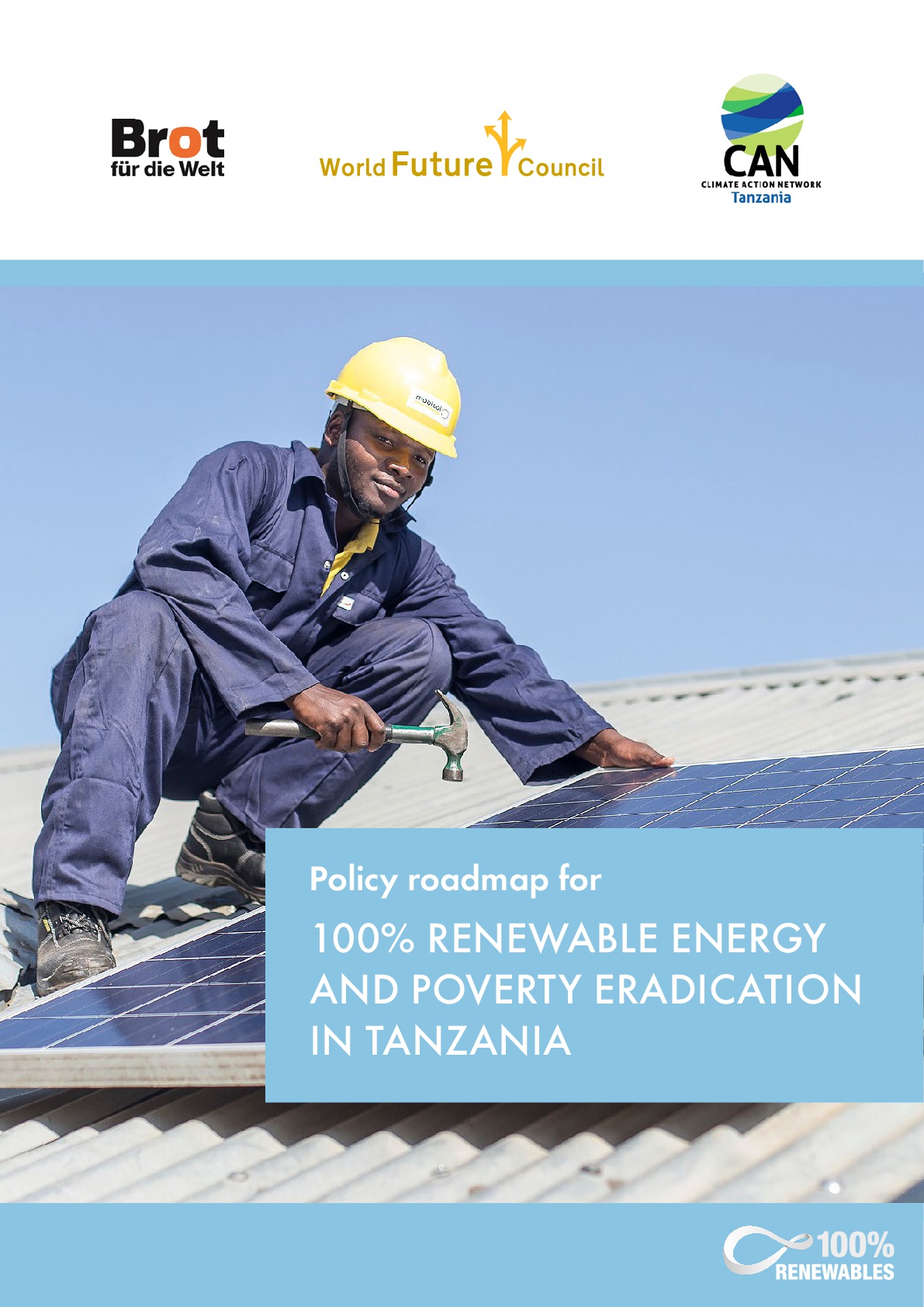 In November 2016 at the UN COP22 in Marrakesh/ Morocco, 48 countries committed to strive to meet 100% domestic renewable energy production as rapidly as possible while working to end energy poverty, protect water and food security, taking into consideration national circumstances. These 48 countries are among the most vulnerable countries and are united as the Climate Vulnerable Forum (CVF). Tanzania is one of these countries.

This report suggests concrete political measures and outlines necessary governmental action to operationalize the target. It captures reflections, experiences and concrete recommendations articulated by Tanzanian stakeholders to scale up Renewable Energy (RE) while spurring sustainable development and eradicating poverty in the East African country.

Scenario: 100% RE for all in Tanzania 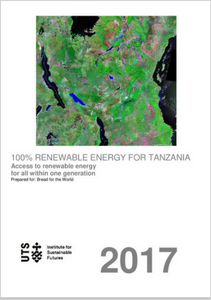 By deploying 100% renewable energy, Tanzania can provide access to reliable energy for all its citizens, while increasing living standards to the level of industrialized countries by 2050. This is the conclusion of a scientific study that is released today in Dar Es Salaam by the Institute for Sustainable Futures (ISF) of the University of Technology Sydney (UTS), Climate Action Network Tanzania (CAN Tanzania), Bread for the World and the World Future Council (WFC).

The study also reveals that generating electricity from renewable sources is about 30% cheaper than from fossil resources.