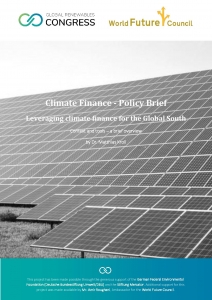 Climate finance in the Global South differs in various ways from the conditions in the industrialised world. These differences result in several obstacles which could be identified as one reason why the annual global renewable energy investments stagnated at a level around $300 billion since 2011, while an estimated number in an area of $2.4trillion is necessary to meet the 1.5°C limit of the Paris Agreement.

The bulk of these $300bn Renewable Energy (RE)-investments happened in high-income countries and China while only a very small part was invested into renewables in the Global South. Only 0.1% of total clean energy investments accumulated in the 31 poorest countries between 2009 and 2018. The main barrier to more RE-investments in the Global South is not a lack of (green) investment capital, but rather a lack of bankable projects.

This policy brief provides an overall assessment of climate finance mechanisms in the context of domestic and international finance in the Global South. Furthermore, it will give a prospect on a possible new finance mechanism if at least a few relevant central banks from the industrialised world will engage in the global climate finance issue. Such an engagement could be the basis to facilitate the needed RE-investments to stop climate change at 1.5°C. 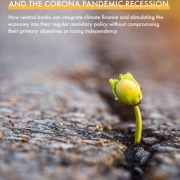 Why is soil so important?
Scroll to top