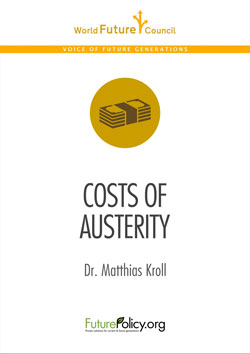 Austerity policies are not only practiced since the 2008 global financial crisis, but have been implemented for over 30 years. Many countries are living below their potential because they do not use their existing production capacities, creating idle real capital and large-scale unemployment. Methodologically, neoclassical economic theory can neither explain mass unemployment nor unused production capacities. In this study a heterodox approach has been selected to explain the under-utilisation of productive capacities in a real world market model. It indicates that additional demand frequently results in additional production rather than increased prices. Absurdly, while living below our economic potential we are living above the means of our finite raw materials and produce excessive CO2 emissions. The win-win response is to reduce our CO2 emissions and our over-consumption of finite raw materials by utilising our free productive capacities to expand renewable energies and redesign our production, as far as possible, according to the “Cradle to Cradle” principle of closed loops.1 In this study we calculate the global costs of under-using our productive resources, i.e. the economic losses caused by austerity policies, to be at least US $2.3 trillion a year. In the Eurozone the annual costs of austerity are estimated at 580 billion Euros. These amounts show the extent to which we live below our potential by not using available productive resources. A gradual closing of this production gap would neither overtax the existing production potential nor cause dangerous inflation. 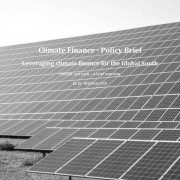 The monetary system in crisis
Scroll to top