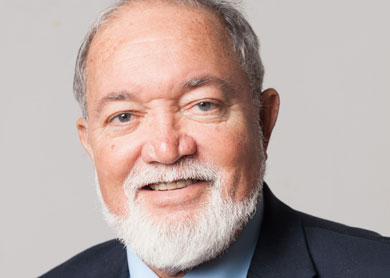 The World Future Council is deeply saddened by the loss of founding member and Honorary Councillor, Sir James R. Mancham, who passed away on January 8, 2017, aged 77.

Born in Seychelles on August 11, 1939, Sir James was the first President of Seychelles from 1976 – 1977, as well as the President of the Global Peace Council of the Universal Peace Federation. A lawyer by profession, he became a respected Ambassador of the Seychelles and an advocate for world peace and reconciliation after quitting politics in 2005.

In his lifetime, he authored several books, among those Paradise Raped about the 1977 coup, War on America: Seen from the Indian Ocean, written after the 11 September attacks in the United States, and most recently his memoirs; Seychelles Global Citizen: The Autobiography of the Founding President.

Sir James lived the ideals he espoused: peace, compassion and justice. With his latest initiative, the Sir James Mancham International Centre for Peace Studies and Diplomacy, he sought to secure the wider promotion of peace, reconciliation and non-violent conflict resolution. He recognised the need for such institutions in a world of incessant tensions and conflict and was committed to further solidifying the Seychelles’ role as an agent for peace. The World Future Council was honoured to support and partner with Sir James in setting up this centre.

Sir James was the recipient of a number of awards, including the prestigious International Jurists Award for world peace at the International Conference of Jurists 2010, the Gusi Peace Prize in 2011, the URI-Africa Peace Award (2016) and the GEP Lifetime Achievement Award in 2016.

Jakob von Uexkull, founder of the Right Livelihood Award and the World Future Council: “Sir James was a man of great courage, compassion, passion and wisdom. He forgave those who overthrew him and became an international peace-maker, assisting the transition to democracy in other countries. As a friend and founding member of the World Future Council he will be greatly missed.”

A state funeral was held on Thursday, January 12.

Our heartfelt condolences go out to his family.

Enhancing Regional Renewables Cooperation in the EU
Scroll to top