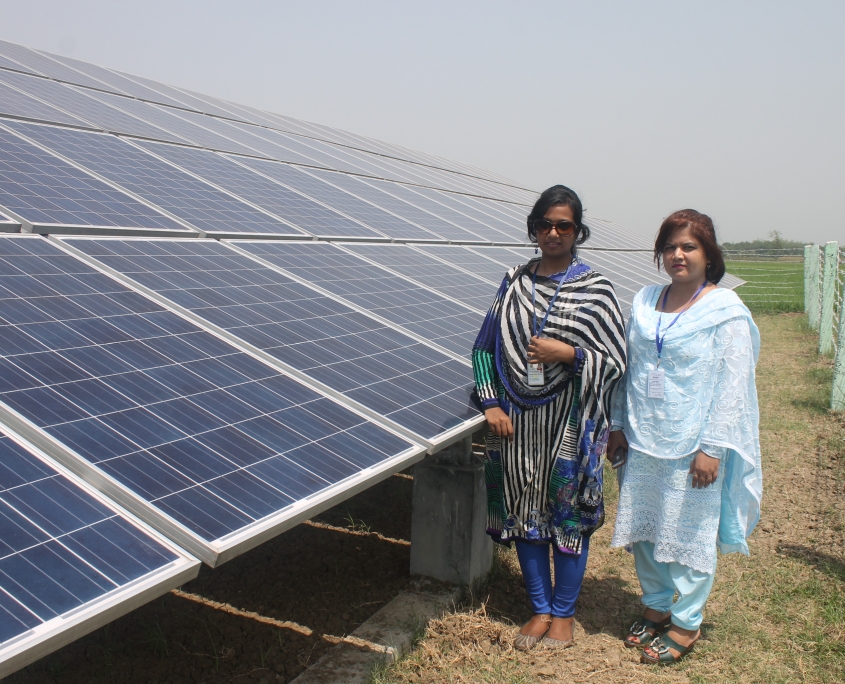 The Canadian environmentalist and filmmaker, James Cameron, once explained: “The nation that leads in renewable energy will be the nation that leads the world.” This statement may seem bizarre at first but it is actually reasonable and probably even true. I personally think Cameron tried to highlight the numerous opportunities renewable energies hold and the enormous power connected to these. Indeed, they can alleviate a host of ills that beset us. Renewables go hand in hand with all 17 global goals and may have a huge impact if used in the right way. Achieving a catalyst for gender equality and empowering women is one of these goals.

Globally, gender inequality is one of the major issues to combat in the 21st century. The 5th Global Goal states that gender inequality is not only a human rights issue but primarily a waste of the world’s human potential as many women can’t live life at its fullest. Renewable energies can empower women because they enhance substantive and procedural rights, as women are seen as not only rights holders but also critical partners and development actors. Women are able to be independent, contributing to household, income and wellbeing. This allows them to use their variety of skills benefitting the world socially as well as economically. Renewable energies have got the ability to play a significant role in this struggle and strengthen women’s self- esteem.

Status quo is that in the entire energy sector only 20-25% of employees are female in contrast to 35% in the renewable energy sector1. Nowadays, the energy sector experiences a fundamental shift towards a renewable, democratized and decarbonized energy system. This transition creates several social and economic benefits such as growing employment. According to ‘IRENA’ the number of jobs in the sector could increase rapidly from 10.3 million in 2017 to nearly 29 million in 2050.2 I strongly believe that it is crucial using this shift to finally achieve the goals of gender equality and clean energy. One would to kill two birds with one stone.

The Productive Use of Renewable Energy (PURE) project in Guatemala initially aimed to promote sustainable energy as means for community development. However after a gender gap in women’s participation became apparent, the projects focus redeployed on promoting women’s participation in decision making. This occurred because the managers wanted to increase the project’s efficiency and ensure a sustainable development of the community in the future. The project “removed barriers by promoting spaces for expression and strengthening women’s self- esteem”3.This was achieved by participating in capacity- building workshops or gaining skills traditionally reserved for men. Women being part in the renewable energy sector were reported feeling ‘empowered’ becoming a solar entrepreneur4.

This is only one specific example that illustrates how the energy transition can empower women. In fact renewable energy is not only essential to counter climate change but also is a driver in sustainable development.

Matteo interned with the WFC in the Climate Energy Team in September 2019. He is a student in Hamburg, with a particular interest in climate protection.

4: UN WOMEN, “Sustainable energy for all: The gender dimensions”, Vienna, 2013