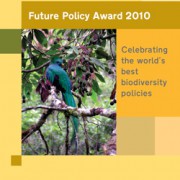 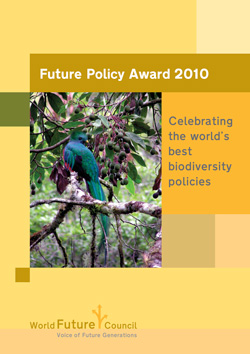 The World Future Council chose the topic of biodiversity for the Future Policy Award 2010 to raise awareness about its acute loss, which threatens wildlife, the environment and our common future. In the face of the looming biodiversity crisis, policy-makers must work urgently towards ambitious and comprehensive biodiversity policies. 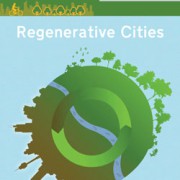 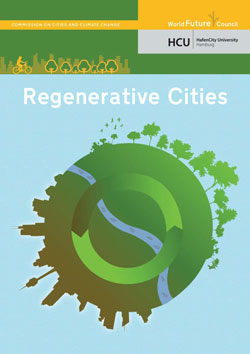 Creating regenerative cities primarily means one thing: initiating comprehensive political, financial and technological strategies for an environmentally restorative relationship between cities and the ecosystems from which they draw resources for their sustenance. Introducing “Agropolis”, “Petropolis” and “Ecopolis” this WFC brochure by WFC Honorary Councillor Herbert Girardet explains how such a healthy relationship can be built. 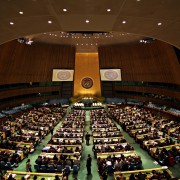 The vision for a nuclear weapon-free world has recently been advanced by leaders and high-level officials (current and former) of key States, including those possessing nuclear weapons or covered by nuclear deterrence doctrines. The goal has been supported by legislators, high-ranking military officials, academics, disarmament experts and other segments of civil society.

This recent flurry of support was kicked off by a 2007 Wall Street Journal op-ed by former US high-level officials George Shultz, Henry Kissinger, William Perry and Sam Nunn. In it these eminent statesmen—who had done much to foster a nuclearized world—recognized the need to abandon nuclear weapons. They were joined by their counterparts from countries across the globe. In the process they have revitalized the drive to abolish nuclear weapons.

The nuclear disarmament issue was then put squarely on the world’s community agenda by UN Secretary-General Ban Ki-moon, who in October 2008 put forward his five-point proposal for nuclear disarmament, which proposes, inter alia, the consideration of negotiations on a nuclear weapons convention or a framework of separate mutually reinforcing instruments. The UN Secretary-General’s proposal has earned support in forums of every kind and at every level. It was also referenced in the Final Document of the 2010 NPT Review Conference.

On December 9, 2008, a high-level group of 129 political, military, business, faith and civic leaders from around the world launched Global Zero—an international campaign to build public awareness and political support for achieving a world free of nuclear weapons. A year earlier, the International Campaign to Abolish Nuclear Weapons (ICAN) was launched with the purpose of galvanizing public and government support for multilateral negotiations on a Nuclear Weapons Convention.

In addition, several eminent commissions, including the Commission on Weapons of Mass Destruction (chaired by Dr. Hans Blix) and the International Commission on Nuclear Non-Proliferation and Disarmament (chaired by Gareth Evans and Yoriko Kawaguchi), have proposed plans containing practical ideas to bring the vision of global zero closer to reality. Although such proposals may offer different approaches to nuclear disarmament (comprehensive versus incremental—and everything in between), they generally agree that achieving nuclear proliferation and disarmament—recognized as mutually reinforcing and inseparable objectives—will come as a result of a concerted effort.

These developments also set the stage for US President Barack Obama to put forward in his speech in Prague in April 2009 the vision of a nuclear weapon-free world, which has since been supported by numerous other Heads of State. A year later, the US and Russia signed the New Strategic Arms Reduction Treaty (New START), which requires both Washington and Moscow to reduce the number of strategic nuclear warheads from around 2,200 to no more than 1,550 in seven years. The arms control agreement was ratified by both countries’ parliaments in February 2011.

In 2010 the States Parties to the Treaty on the Non-Proliferation of Nuclear Weapons (NPT) further strengthened this newfound disarmament vigour by including the following provision in the action plan on nuclear disarmament:

“The Conference calls on all nuclear-weapon states to undertake concrete disarmament efforts and affirms that all States need to make special efforts to establish the necessary framework to achieve and maintain a world without nuclear weapons. The Conference notes the five-point proposal for nuclear disarmament of the Secretary-General of the United Nations, which proposes, inter alia, consideration of negotiations on a nuclear weapons convention or agreement on a framework of separate mutually reinforcing instruments, backed by a strong system of verification.”

As such, the international community has recognized that a focus solely on the next non-proliferation and disarmament steps is no longer sufficient or able to succeed. A comprehensive approach to nuclear disarmament must be developed alongside and complementary to the step-by-step process.

In addition, the myth that possession of nuclear weapons provides strategic advantages, and thus security, is losing its hold on security thinking; at least within certain nuclear weapons states. It has led NATO-members Norway, Germany, Belgium, Luxembourg and the Netherlands to call upon the US to remove the American nuclear warheads that these nations have long been hosting.

Nuclear disarmament is again gaining momentum! ‘No international obligation has greater urgency than the obligation to eliminate nuclear weapons’, says WFC Councillor Judge C.G. Weeramantry. Not living up to this responsibility would be ‘a betrayal of all the values we cherish and of everything human civilisation has built up through millennia of effort and sacrifice.’

It is up to us to build on this renewed momentum and capitalize on the current political will to ensure that these developments culminate in states taking tangible steps towards banning and eliminating nuclear arms. 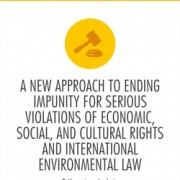 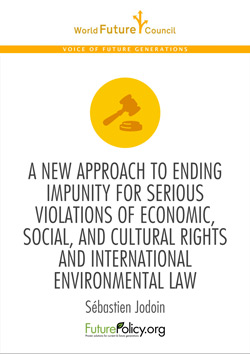 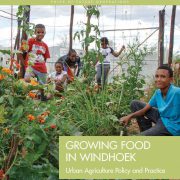 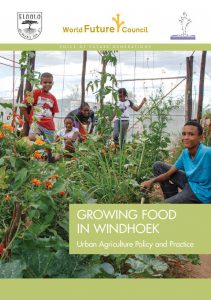 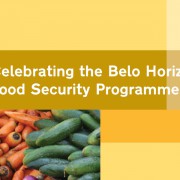 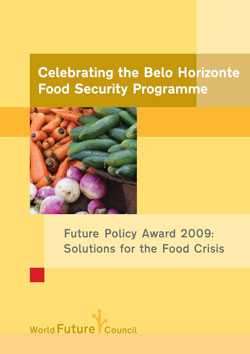 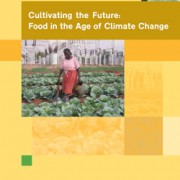 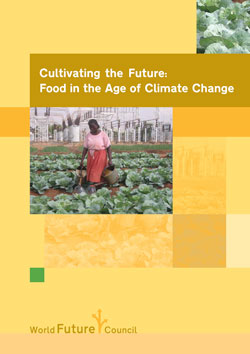 In an age of climate change, policies for the secure supply of food to the world have to be a major priority for national governments and the international community. Security and sustainability of food supply is of the utmost importance for the wellbeing of an ever increasing world population, and for future generations. 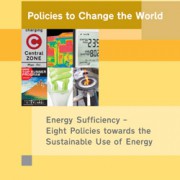 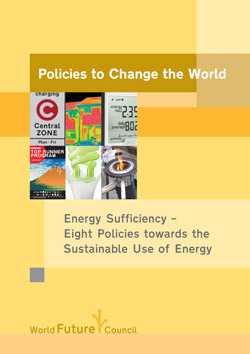 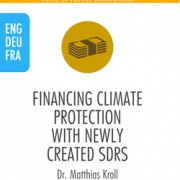 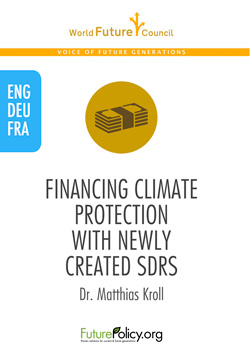 The centrepiece of the WFC proposal is the establishment of a financing tool that uses the ability of the IMF to create new international reserve money in the shape of Special Drawing Rights (SDRs). The intention is to support financing facilities such as the new Green Climate Fund established at the COP 16 in Cancun. The IMF member states can decide on the issuance of new SDRs. These are usually distributed to them proportionate to their quota shares. Pursuant to the agreement on the formation of the new Green Climate Fund, member states should agree in advance to commit all or most of the new SDRs to this Fund. A small portion (e.g. 10% – 20%) could be claimed by the member states for the financing of specific climate protection projects. 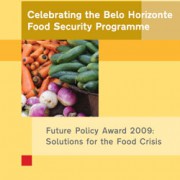