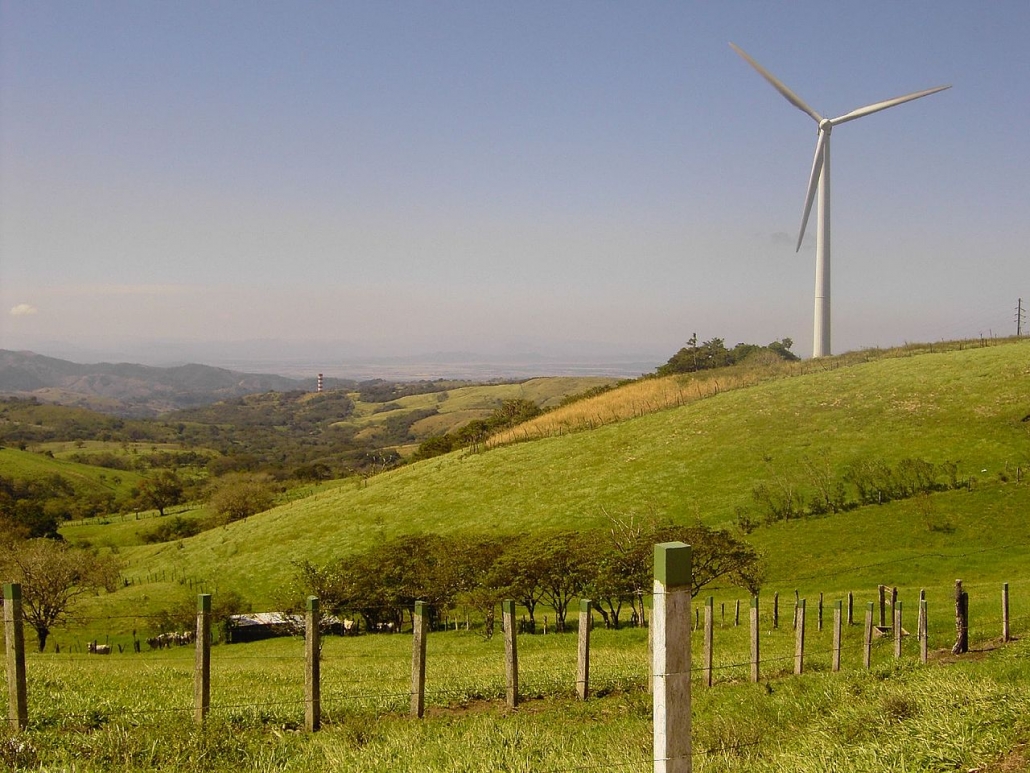 Costa Rica’s President Carlos Alvarado has vowed to fully decarbonize the country’s economy and make Costa Rica the first carbon-neutral nation in the world no later than 2020. In addition, the government has launched its Decarbonization Plan in February 2019 to support its contribution to the Paris Agreement. The ambitious Plan aims to eliminate the country’s greenhouse gas emissions by 2050 and promote the modernization of the country through green growth to become leaders in post-paris times.

Costa Rica is already a frontrunner when it comes to the energy transition. Roughly, 95-98% of the country’s electricity has come from renewable sources since 2014, and almost all the population has access to energy. However, despite the nearly 100%RE electricity production, almost 70% of the country’s energy still comes from oil and gas, which is still widely used for fuel based transport and activities like cooking and heating processes in the industry.

La Ruta del Clima and the World Future Council,  with the support of Leonardo DiCaprio Foundation, have joint forces in the project “Leaders in Post-Paris Times – Achieving 100% RE in Costa Rica” in order to assess the ways in which the country can transform its entire energy production to renewable energy.

The overall goal of the project is to provide additional support to the local efforts and further cement Costa Rica’s role as a leader in achieving the global energy transition and full decarbonization. The country can act as a lighthouse for the international community in its efforts to implement the Paris Accord and achieve a just and fair energy transition.

The project will create a political roadmap towards realizing the 100% Renewable Energy goal, and it will model pathways towards 100% renewable energy scenarios in order to count with a scientific basis for the roadmap. This process will include the national needs and socio-economic growth objectives and the information will be collected and discussed considering both official projections and the input of different stakeholders relevant for the energy transition: researchers, NGOs, civil society, businesses, and local and national government, among others. For doing so, a first multi-stakeholder workshop took place on 23 July 2019 in San José.

A second workshop on 3 October 2019 will show preliminary results of the model and verify them with stakeholders. After that, the policy roadmap presenting suggested political actions will be made publicly available with the aim that key actors in the Costa Rican decision-making towards the energy transition benefit from it to support a pathway towards full decarbonization of its economy and society. The leadership in Costa Rica would have the opportunity to implement parts of the 100% Renewable Energy scenario and policy roadmap to demonstrate the feasibility of transitioning to 100% Renewable Energy across energy sectors. Findings will be particularly relevant to countries in the region and beyond with similar geographical and demographic circumstances and might lead to increased cross-border activities. The project will also provide capacity building opportunities for Costa Rican civil society organizations to engage in the global climate action and will present its results at COP25.