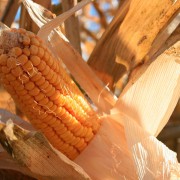 Agricultural carbon sequestration has the potential to substantially mitigate global warming impacts. According to Tim LaSalle, CEO Rodale Institute, organic agriculture, if practiced on the planet’s 3.5 billion tillable acres, could sequester nearly 40 percent of current CO2 emissions. “We call this approach regenerative organic agriculture to signify its focus on renewing resources through complementary biological systems which feed and improve the soil as well as avoiding harmful synthetic inputs.”

Regenerative organic farming, focused on enhancing long-term biological interactions, turns soil into a carbon reservoir, while conventional farming with large chemical imputs has the opposite effect of releasing carbon into the atmosphere. In addition, organic management also changes the structure of the soil, improving its ability to store water and deliver nutrients to plants over time as soil carbon levels continue to increase. Rodale research shows that no-till organic farming can reduce the energy input into farming by about 70 percent. Further, organic food offers health advantages and has become a lifestyle choice in many societies.

For these interconnected reasons, much more policy assistance for the organic sector is needed. Case studies (UNCTAD 2008, IFOAM 2008) have shown that the development of organic farming has, so far, been initiated mainly by NGOs or private companies. Still, governments should play an important role in providing a supportive framework for organic farming. Policy strategies should consist of a combination of market supply and demand measures. Since appropriate measures depend on the state of the organic agriculture market in the respective country, an in-depth integrated assessment of existing agriculture policies should be the first step.

Based on this initial assessment a selection of policies should be considered:

An area particularly worthy of state support is the recycling of urban bio-waste into organic fertilizers. This contributes to sanitation and environmental protection, and it provides carbon storing materials for farms. To trigger this process, governments could give financial incentives (e.g. low-interest loans) to recycling plant operators, or to erect recycling plants under state supervision.

On the demand side, Government can support the development of a domestic organic standard. More than 70 countries have enacted such standards. Governments must carefully assess how appropriate standards can be initiated and harmonized with international reference standards, based on the recommendations of the International Task Force on Harmonization and Equivalence in Organic Agriculture.

Government can also play a strong role regarding consumer education by drawing attention to the health and environmental benefits of organic products. To this end, organic agriculture can be introduced to the mandatory curriculums in schools and universities in agricultural regions.

One of the developing countries with the highest proportion of organic farming, 2.4 per cent certified, Costa Rica has a well-developed organic sector. As in most other countries, small farmers and NGOs were the first to get involved in organic agriculture. Local certification bodies and academics have also supported its development. In 2004, there were 3,500 farmers cultivating 10,800 hectares organically. Most certified organic production is for the export market, which is estimated to be worth US$ 10 million. Main export crops include coffee, banana, cocoa, orange juice, blackberries, pineapple, cane sugar, aloe and other medicinal plants. In the domestic market, there is now a supply of most products, certified and uncertified. The domestic sales are estimated to be US$ 1.5 million.

Lack of produce is a limiting factor for further market development. Various government programmes and institutions support most aspects of the sector, including domestic and export market development, food processing, credits and extension service. The National Organic Agriculture Programme was established in 1999 and, together with the sector, the agency developed a national strategy for organic production based on participatory consultations. Since 2001, there has been a mandatory organic regulation in place and Costa Rica is the only developing country, other than Argentina and India, which has acquired recognition for exports of organic products to the European Union. There is also a governmental seal available for all certified producers; however, it is not yet widely recognized. There are two domestic certification organizations and four foreign ones active in Costa Rica, with the domestic ones having the most clients. The sector is organized through one organization and collaboration between the sector and the Government is very well developed. 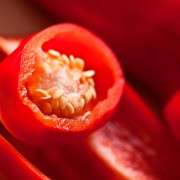 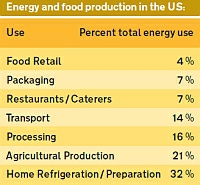 A great deal of energy goes into producing, packaging, transporting, storing and cooking food. In the USA tomatoes can travel over 2,000 kms to end up in a supermarket. Buying from local farmers, tomatoes only have to travel about 100 kms or less.

The graph shows that the largest energy expense in the ‘food chain’ occurs after food arrives in the home. For policy solutions in this sector go to our energy efficiency section. 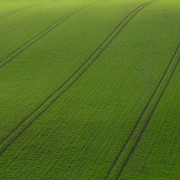 Modern agriculture, food production and distribution are major contributors of greenhouse gases: Agriculture is directly responsible for 14 per cent of total greenhouse gas emissions, and broader rural land use decisions have an even larger impact. Deforestation currently accounts for an additional 18 per cent of emissions.

In this context, a historical perspective needs to be considered: Dr. Rattan Lal, Professor of Soil Science at Ohio State University, has calculated that over the last 150 years, 476 billions of tonnes of carbon has been emitted from farmland soils due to inappropriate farming and grazing practices, compared with ‘only’ 270 Gt emitted from of burning of fossil fuels. A more frequently quoted figure is that 200 to 250 Gt of carbon have been lost from the biosphere as a whole in the last 300 years. Whatever the correct figure, these reductions of ‘living carbon potential’ have resulted from

Land use changes can also significantly contribute to climate change. Large scale changes such as deforestation, soil erosion or machine-intensive farming methods may all contribute to increased carbon concentrations in the atmosphere. Soil erosion by water, wind and tillage affects both agriculture and the natural environment. Soil loss, and its associated impacts, is one of the most important (yet probably the least well-known) of today’s environmental problems.

The contribution of farm animals to global greenhouse gas emissions is quite significant: 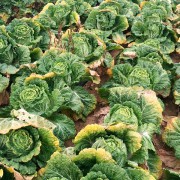 The issue of local food is one of the most commonly and enthusiastically embraced of all the issues around localisation. A particular challenge is the issue of food sovereignty for urban areas, given that by 2030 an estimated 60 percent of all people will live in cities (FAO, 2009). From British allotment gardening, to community supported agriculture, to Cuban urban agriculture, to Japanese rooftop gardens – there are more and more examples of intra-urban and peri-urban areas being transformed into productive food-growing land.

Producing food locally, even in an urban environment means short transport routes, less processing and packaging. In the U.S., these parts of the value chain consume more than a third of all energy used for food production. Limiting these activities can substantially reduce the carbon footprint of each meal. In addition, urban food policies encourage consumption of nutritious food, provide food security and sovereignty. Members of the community can be become involved. Jobs and occupation, and income opportunities are created. Local agriculture projects create solidarity and purpose among the communities, sustaining morale and help building community pride.

To set up an urban agriculture programme, a framework of policies is needed. First, people should be enabled to gain access and usufruct ownership of land to be used for agriculture purposes. Depending on the social structures of the region, land should be leased for free or for a low rent. The lease of land must be organised and monitored by the municipal government, encouraging a wide range of fruits, vegetables and spices to be cultivated in the area. The gardeners and farmers can work on their own or establish production cooperatives. In addition, gardeners and farmers can be organized in loose associations to facilitate the dissemination of information and technical knowledge among themselves, and to exchange seeds and to share tools..

Government should set up information centers. These could sell agricultural supplies to the public that would otherwise be difficult to obtain, such as vegetable and medicinal seeds and seedlings, biological pesticides, organic fertilizer and tools. For sale of the produce, spaces at farmer markets should be provided for subsidised rent. If necessary, municipalities have to organise markets or other sale opportunities. Also, on-site sale should be encouraged. Finally, it must be ensured that produce is sold at prices that are affordable to the local community. This could be made a condition for accepting a farmer to participate in an urban agriculture programme. Helpful assistance can be provided by NGOs, and organizations such as the UN Food and Agriculture Organization (FAO) which supports urban agriculture in its ‘Food in the City’ programme.

After the collapse of the Soviet Union and the reduction of its imports of machines, food, and fertilizers in 1989, Cuba was forced to move towards food self-sufficiency. When food shortages due to the lack of fuel for tractors and lorries caused serious food supply problems, the government decided to encourage people to practice agriculture within Cuba’s cities. Soon gardens sprouted up everywhere – at housing estates, schools, community centres, hospitals and factories.

Cuba’s urban agriculture program aims to provide each person with at least 300 grams of fresh vegetables per day. By 2002, over 35,000 hectares of urban land were used for the intensive production of fruits, vegetables and spices. 117,000 people working in Cuba’s urban gardens produce over half the country’s vegetables, fruit, chickens and rabbits with zero transportation costs. The main source of compost is bagasse trucked in from Cuba’s sugar cane fields as an organic growing medium.

Cuba’s urban agriculture program provides good quality seeds, advice on composting, crop rotations earthworms, and on dealing with bacterial and fungal diseases without relying on chemical pesticides. Cuba’s food policies have been developed out of necessity but they are highly relevant for a world faced with the need to assure food security for all in an age of climate change. 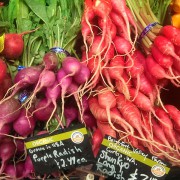 Agriculture can play an important role as a carbon sink, storing carbon in the soil and in plant matter, and by efficiently managing the world’s resources of water, land and biodiversity. Until now, the main thrust to manage greenhouse gases by land use has been to increase CO2 sequestration by trees, plants and crops. But there is also considerable potential for sequestering carbon below ground in soils, deposited as dead plant material or in inorganic forms. The 4th IPCC Assessment Report found that 89 per cent of agriculture’s technical mitigation potential lies in enhancing soil carbon sinks through better crop- and grazing land management, increase of organic matter in degraded soils, and by use of carbon-neutral bio-energy. To make best use of this potential the WFC proposes to support organic farming solutions.

In addition to measures for enriching farmland and pastures with ‘conventional’ organic matter, a potentially important additional option is available in the form of ‘biochar’. As shown, packaging and transportation is responsible for more than one fifth of carbon emissions in  the food sector. A large share of these emissions could be avoided with local food. Moreover, localisation of the food industry creates local jobs and business opportunities. Hence the WFC presents policy concepts to  support locally produced food through labelling or state donations. Under the ‘Clean Development Mechanism’ (CDM), developing countries could participate in global agreements and access needed funds to introduce less harmful technologies into their economic development. The successor to Kyoto should extend CDM to bio-sequestration projects. Increasing soil carbon should become central to future land use policies. To find out more about low-carbon agriculture and food policy concepts go to