How central banks can trigger a massive reduction of global CO2 emissions and tackling the pandemic crisis by using new tools of green bonds and guarantees.

Hamburg/Katowice, 10 December 2018 – The 24th UN Climate Conference (COP24) is underway in Katowice, Poland (2-14 December). After countless unusual weather events have wreaked havoc all over the globe this year, this round of climate change negotiations comes at a critical time. Implementing far-reaching changes to our societies to cut carbon and phase-out fossil fuels has become inevitable. Against this backdrop, the Global Renewables Congress (GRC) will be launched on December 11 on the sidelines of COP24. The GRC is a new cross-country, cross-party platform for ongoing dialogue between and with legislators for the rapid and large-scale deployment of renewable energy solutions. Current and former legislators from national and regional parliaments can become members of the GRC. The GRC is chaired by Bärbel Höhn, former MP of the German Bundestag and acting Commissioner for Energy Reform in Africa for the Federal Ministry of Economic Cooperation and Development.

“Only a swift transition to renewable energies can halt climate crisis and save us from its devastating impacts”, states Bärbel Höhn. “We must deliver renewables at scale. In order to stand a chance of avoiding the catastrophic consequences of climate crisis, renewable energy solutions need to be deployed more widely and rapidly than ever before. The GRC has great potential to advance them on a global level.”

Co-Chairs are appointed representing each of the major regions of the world. The World Future Council provides the secretariat of the GRC.
“A series of recent reports, including the IPCC 1.5 Special Report, makes it clear that we are nowhere near on track to meet the goals of the Paris Agreement”, argues Rob van Riet, Director of the Climate Energy Programme at the World Future Council. “The good news is that a clean energy transition is technologically feasible, and that it can act as a catalyst for achieving the Agenda 2030; the bad news is that political will still falters and vested interests resist this transformation of our energy system. The GRC aims for the rapid and large-scale deployment of renewables and I am optimistic it will bring decision-makers together to create the synergies needed for this process.”

The GRC is made possible through the support of the German Federal Environmental Foundation (Deutsche Bundesstiftung Umwelt/DBU) and the Stiftung Mercator. Additional support for this project was made available by Mr. Amir Roughani, Ambassador for the World Future Council.

The World Future Council (WFC) works to pass on a healthy planet and fair societies to our children and grandchildren. To achieve this, we focus on identifying and spreading effective, future-just policy solutions and promote their implementation worldwide. Jakob von Uexkull, the Founder of the Alternative Nobel Prize, launched the World Future Council in 2007. We are an independent, non-profit organisation under German law and finance our activities from donations. For information visit www.worldfuturecouncil.org

Dar Es Salam, Tanzania, 17th October 2017 – By deploying 100% renewable energy, Tanzania can provide access to reliable energy for all its citizens, while increasing living standards to the level of industrialized countries by 2050. This is the conclusion of a scientific study that is released today in Dar Es Salaam by the Institute for Sustainable Futures (ISF) of the University of Technology Sydney (UTS), Climate Action Network Tanzania (CAN Tanzania), Bread for the World and the World Future Council (WFC). The study also reveals that generating electricity from renewable sources is about 30% cheaper than from fossil resources.

END_OF_DOCUMENT_TOKEN_TO_BE_REPLACED 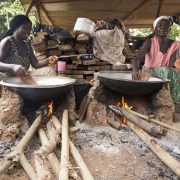 Hamburg/Marrakech, Nov 15th, 2016: The role of renewable electricity for the cooking sector in the Global South has been widely underestimated. As the costs of Renewable Energy technologies continue to decline, cleaner and more modern technologies represent an entirely new pathway towards sustainable cooking in developing countries. These are the findings of the new report ‘Beyond Fire’ launched today by the international foundations World Future Council and Hivos at the UNFCCC climate conference in Marrakech, Morocco.

END_OF_DOCUMENT_TOKEN_TO_BE_REPLACED 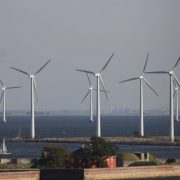 Marrakech 14th November: With the UN Climate Summit in Marrakech starting its final week, all major non-state actor groups join forces, urging national governments to implement policies towards 100% Renewable Energy. United under the umbrella of the Global 100% Renewable Energy Campaign, cities, NGOs, Renewable Energy Industry Associations and academics from across the world highlight that implementing the Paris Agreement means phasing out fossil fuels and investing in a 100% Renewable Energy infrastructure immediately. At a High-Level Event tomorrow in Marrakech, leaders from this global 100% RE movement demonstrate the benefits, moral imperative, technical and financial feasibility of the just transition to a world fully powered by renewables.

END_OF_DOCUMENT_TOKEN_TO_BE_REPLACED

Warsaw, 18th November 2013 – The Global 100% Renewable Energy Coalition today called at the UN climate summit upon national governments to commit to 100% renewable energy targets and strategies. According to a joint statement from the coalition, “communicating and proving the urgency and feasibility of 100% renewable energy is key to breaking the climate deadlock.” Members of the coalition including World Wind Energy Association, World Bioenergy Association and the Fraunhofer ISE Institute criticized “the ongoing stagnancy of the climate negotiations and their struggle to agree upon and implement measures that effectively combat the climate crisis.” The organizations applauded the fact that „local, regional and national governments across the world are leading the way.”

END_OF_DOCUMENT_TOKEN_TO_BE_REPLACED 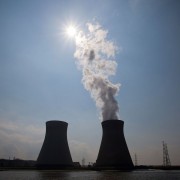 Hamburg, March 10, 2016: This week marks the five-year anniversary of the devastating earthquake followed by the tsunami and the nuclear meltdown of Fukushima nuclear power plants on March 11th, 2011. On this occasion, the World Future Council (WFC) expresses its solidarity with the people in Japan and the many communities who still have not been able to return to their homes because of the environmental radiation levels near the Fukushima Daiichi Nuclear Power Station.

END_OF_DOCUMENT_TOKEN_TO_BE_REPLACED 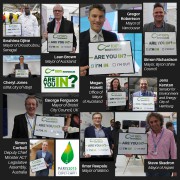 Paris – 27 November 2015: Ahead of the UN Climate Summit, a group of NGOs is asking governments, “are you in?” – as part of a new report and video which highlight the development benefits of the transition to 100% renewable energy. This comes as Heads of State travel to Paris and thousands of people prepare to take to the streets in more than 150 countries to call for a fossil free future.

END_OF_DOCUMENT_TOKEN_TO_BE_REPLACED

Hamburg/Seoul, April 8, 2015 – An increasing number of local governments is setting ambitious renewable energy targets to combat human induced climate chaos. In a joint statement, members of the Global 100% RE campaign, an international alliance of organizations, associations and research institutions, highlight, however, that an energy transformation can only succeed if benefits are shared across society, including citizens and communities. At the ICLEI World congress in Seoul, Korea, the group warns that future energy markets built on 100% renewable energy have to be ‘people centered’ and ‘community driven’.