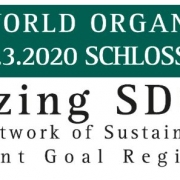 The World Organic Forum 2020 focuses on the local implementation of Agenda 2030 with its 17 Sustainable Development Goals (SDGs) for a just and sustainable world.

On 4 September 2017, a charity concert will take place in the Kammermusiksaal of the Berliner Philharmonie in order to support the World Future Council.

Before the concert, a round table discussion will take place at 6 pm in the lounge of the Kammermusiksaal, with Jakob von Uexkull, founder of the World Future Council, and Dr. Peter Hauber, IPPNW Concerts, moderated by Gerhard Forck, Head of the Philharmonie’s Communications Department.

The concert will begin at 7 pm, with a welcome speech by Jakob von Uexkull.

After the concert, the audience is invited to join a reception in the lounge of the Kammermusiksaal.

Claudio Monteverdi’s contemporaries, pupils and successors in spirit assemble here to perform virtuoso works with and without vocal accompaniment. Salomone Rossi, named “Hebreo” due to his Jewish origins, was one of Monteverdi’s colleagues in Mantua. His instrumental works, as well as his many-part compositions for a reformed synagogue service, which he published under the title “Songs of Solomon”, were pioneering pieces of music. Luigi Rosso and Antonio Sartorio, who were one to two generations later than Monteverdi, are just two examples of the stimulating history of reception of Monteverdi’s “Orfeo” on later composers. Francesco Cavalli was summoned by Monteverdi to his court chapel at San Marco in Venice; first as a boy soprano, then as a tenor, he soon became the most famous opera composer of his generation after Monteverdi. Marco Uccellini’s musical-theatrical works have not survived; but his instrumental works, which are virtuoso in their demands, have an original use of form, survived. Alessandro Stradella extravagances in art, both vocal and instrumental, corresponded to escapism from life. 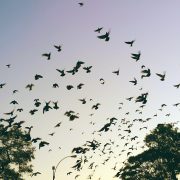 To mark Human Rights Day, the World Future Council and the Geneva Academy of International Humanitarian Law and Human Rights are co-organizing a special event on December 8th, focusing on the “Transformative Power of Justice”.

Through a combination of diplomatic and political expertise as well as a dynamic performance, multi-media presentation, and an interactive dialogue, the event will address some thorny questions: can justice prevail over power? Can humanity survive brutality? Can right overcome might? And, most importantly, can the human rights agenda be strengthened and not circumvented during turbulent transitions?

Eminent guest speakers confirmed their presence for the high-level round table that will be moderated by World Future Councillor Dr. Rama Mani and that will provide diverse perspectives on human rights challenges and transformative justice applications in times of volatile transition:

Invitees not in possession of a UN badge should register on the UNOG website at www.unog.ch/librarytalks, bring a valid ID and a copy of this invitation on the day of the event to the Pregny Gate, located at 8-14 Avenue de la Paix, 1211 Geneva 10.