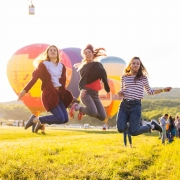 The winner of a new award for youth action on climate, peace and disarmament, the Peace and Climate action of European Youth (PACEY) Award, will be announced on January 9, 2020 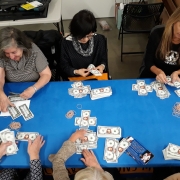 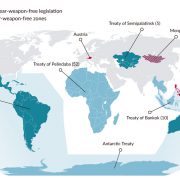 The resolution Toward a Nuclear Weapon Free World: The Contribution of Parliaments, adopted by the 130th IPU Assembly, affirmed the role that nuclear-weapon-free-zones (NWFZs) can play in building regional security and contributing to nuclear disarmament.

NWFZs have already been established in the Antarctic, Latin America and the Caribbean, the Pacific, South East Asia, Africa and Central Asia. Additional NWFZs have been proposed for the Middle East, North-East Asia and Europe.

This panel will provide updates on these three proposals, explore the role such NWFZs could play in the region, and provide participants with an opportunity to ask questions and discuss the issue.
The event will also include the launch of the Arabic edition of the IPU Handbook for Parliamentarians on Supporting Nuclear Non-Proliferation and Disarmament.

Senator Laura Rojas (Mexico), President of the Senate Committee on Foreign Affairs and International Organizations. Lessons from the Latin American and Caribbean NWFZ

Simultaneous interpretation will be provided in English, French and Arabic. 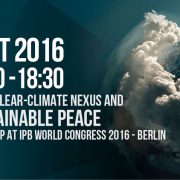 On the long arc of human existence, climate change and the continued existence of nuclear weapons are relatively new to the scene, having only appeared over the last century. Both threaten the survival of life on earth as we know it and both are of our making. 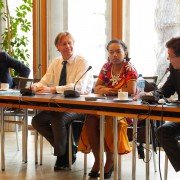 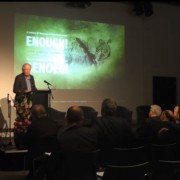 At the invitation of the mayor of the town of Ypres, WFC project manager Holger Güssefeld spoke as a representative of the citizens of Hamburg at the conference “A century of weapons of mass destruction: FINAL!” 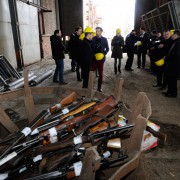 Bosnia and Herzegovina and Argentina are culturally, linguistically and geographically diverse nations. However, both are fighting to realise change and bring about a new direction in their country’s development.

Over 750,000 illicit weapons and 16,000 tonnes of ammunition currently circulate within the borders of Bosnia and Herzegovina. Easy access to weapons largely left over from the conflict in the 90’s has led to these circulating remnants of war being involved in more than 10 violent incidents each week.

Argentina too has also faced risks caused by the availability of guns and a lack of gun violence education. In 2004, a 15 year old boy killed three classmates in Southern Argentina, wounding five. It is clear that despite their many evident differences, firearm awareness actions needs to be taken to curb the blight of gun violence in both nations for future generations.

“Tragedies caused by guns and other small arms are nearly a daily occurrence. Without the widespread availability of these weapons such tragedies could not occur. Further, guns can play no positive role in resolving conflicts or achieving reconciliation between conflicting parties. Resolving conflicts requires peaceful processes, including negotiations and diplomacy. Peace cannot be attained by either random or targeted killings – thus, the importance of disarmament, gun control and a non-killing ethic.” – David Krieger WFC Councillor & President, Nuclear Age Peace Foundation.

As part of our follow-up activities to the 2013 Future Policy Award on Disarmament, on March 6-7, the World Future Council together with UNDP Bosnia and Herzegovinas ‘Choose Life Without Weapons‘ coalition provided an opportunity for governmental entities from Argentina and Bosnia and Herzegovina to come together to exchange their experiences in combating the blight of the small arms and light weapons within their unique national contexts.

A conference at UN House in Sarajevo on 6 March allowed participants to share lessons learnt from their arms control programmes, while a visit to Banja Luka on 7 March gave participants the chance to witness and participate in the melting of collected weapons, which are then recycled to manufacture spare parts for windmills and other public infrastructure.

In 2013, Argentina’s ‘National Programme for the Voluntary Surrender of Firearms’ was recognised with a Silver Future Policy Award by the World Future Council, in collaboration with the UN Office for Disarmament Affairs and the Inter-Parliamentary Union. Under the programme, the governmental agency RENAR has successfully collaborated with civil society in reducing the number of illicit firearms while promoting a culture more focused on non-violence and peaceful conflict resolution.

The kick-off event in Sarajevo included the screening of the documentary Football Rebels and the football match between Bosnia and Herzegovina and Argentina later that evening. 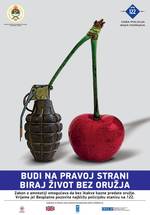 Choose life without weapons was launched in 2013 by UNDP, and their partners, to prompt action and open discourse over the issue of gun violence in Bosnia and Herzegovina.

The campaign encourages citizens to take advantage of an amnesty law allowing weapons and explosive devices to be handed over to the police without legal repercussions. Collected weapons are then melted and recycled into components for infrastructural development across the country. 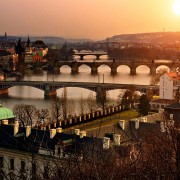 Prague: WFC councillor Alyn Ware spoke at this conference on the role of the Czech Republic and Czech legislators in international disarmament processes. The event was hosted by Alena Gajdůšková, First Vice-President of the Senate of the Parliament of the Czech Republic, and co-sponsored by the international network of Parliamentarians for Nuclear Non-Proliferation and Disarmament (PNND) and the PragueVision Institute for Sustainable Security. 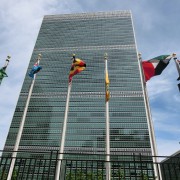 New York: PNND Global Coordinator and Member of the World Future Council, Alyn Ware, presented at this side event, organized by PNND and the WFC, which took place during the NPT Preparatory Committee Meeting at the United Nations headquarters. >>