To date, however, no significant renewables-based hydrogen production is in place. Current hydrogen strategies are nevertheless slowly taking up renewable hydrogen as a long-term investment to reduce greenhouse gas emissions and massive upscaling of projects can be expected, as part of countries’ post-COVID-19 recovery measures. We know that a future powered by 100% Renewable Energy is not only possible, it is essential. A transformation that will limit global warming to 1.5°C and eradicate energy poverty can only be unleashed by societies worldwide working together. Multi-Actor Partnerships are a crucial tool in ensuring that no one is left behind. By now the environmental advantages of a shift towards renewable energy have been widely recognised. A transition to renewable sources of energy is more sustainable, mitigates the impacts of climate change and can be a driving force for economic development. However, this transition does not only mean a change in the resources of energy. More significantly, it provides the opportunity for structural change and the redistribution of (economic) power. It enables participation and ownership for less privileged parts of the population. The concept behind this grander restructuring is called Energy Democracy.

What does Energy Democracy mean?

According to the Climate Justice Alliance‘ definition: „Energy Democracy represents a shift from the corporate, centralized fossil fuel economy to one that is governed by communities, is designed on the principle of no harm to the environment, supports local economies, and contributes to the health and well-being for all peoples.“ Thus it connects the transition to renewable energy with a process of democratisation, focusing on social benefits and their fair distribution and not on economic advantages for a few[i].

Energy democracy includes several basic principles, that can be translated into actions:

The multi-faceted concept of energy democracy aspires to transform societies by democratizing the way in which power is produced and consumed. The movement, therefore, combines the social struggle for a more democratic and inclusive society – in which everyone can afford energy, has access to decent work and a say in how communities are governed – with the necessary transition to renewable energies that contribute to a safer environment for people and life around the globe. Therefore, it addresses both the issue of fossil fuels and their detrimental impact on our environment. As well as the fact that the current energy system is mostly controlled by corporations and serves economic interests of a few, often disregarding the needs and safety of people [ii][iii][iv].

Energy democracy is closely connected to the idea of community energy. The essence of both concepts is the participation and ownership of the local population in the energy system. Ideally, they decide what kind of energy they want to produce, in what way and how to distribute it. This also enables them to make decisions over spending of financial returns which could, for instance, be used to install further energy projects or maintain streets. The production and distribution of energy become democratic and fair with the interests of the local population at heart, hence contributing to local value creation. Consequently, communities are able to develop a sense of ownership in the energy transition[v]. The modularity of most renewable energy sources further supports this development, by being able to be installed even in the most remote regions, and often the transition to renewable energies goes hand in a hand with the democratisation of the energy system.

(Read about the example of solar home systems here: What are Solar Home Systems? (worldfuturecouncil.org))

Often communities are met with little support from governing authorities and face many risks when starting the process towards renewable energy and energy democracy[i]. Thus, challenges for energy democracy and active participation of community actors remain manifold: The difficulty of allocating financial means; navigating within a policy framework that is designed for large-scale, centralized projects; lack of understanding around the advantages of energy democracy and community energy.[ii]

However, there are many different communities advocating for a shift to renewable energy and greater participation in the energy transition.

There exist countless examples, showing us that energy democracy and a Just Transition to renewable energy is possible; for instance in the communities of Rio de Janeiro in Brazil, where social organisations have implemented concepts of energy community and whole neighbourhoods are now supplied with energy from solar panels installed on the roofs of their houses.; or in the rural areas of Bangladesh where villages that were previously not connected to the national electricity grid are now producing their own energy through solar home systems.

Energy democracy presents itself as a bottom-up approach with strong local actors and solutions that arise from within the community. In order to strengthen energy democracy and overcome the challenges for people to get engaged in the energy system, we need strong policy frameworks supporting people’s participation and rapid deployment of renewables. This can be achieved through various political and technological support measures, for instance, local ownership quotas, virtual net energy metering, Feed-In-Tariffs (FiTs) or One-Stop-Shops. To further allocate financial resources innovative financing mechanisms are necessary though. Those could be crowdfunding, concessional loans or grants which can help to reduce (perceived) risks with financing RE projects. Both should be coming from public sources of financing as well as from private sources.

Moreover, to create greater motivation for the establishment of energy democracy and community energy, better awareness for the benefits of community owned energy systems needs to be achieved.  For example, achieving universal energy access, the creation of green jobs, gender equity, access to education and local economic development. Incentives for storage need to be created. Overall, a stronger focus on distributed energy systems, rather than centralised systems is essential and should be apparent through measures such as FiTs, premiums, as well as ambitious targets for renewable energy.

Realising the opportunity of a transition to renewable energy as a chance for structural change in the energy system and a just transition, is essential. The World Future Council (WFC) is currently working with legislators and parliamentarians, particularly from countries of the Global South, to support this process. Specifically, to encourage the development of policy frameworks that provide better support for communities in their transition and help them tackle the challenges that they are facing.

Read Here about the projects of the WFC:

What is just transition? And what does it mean for the energy sector? (worldfuturecouncil.org)

What are Solar Home Systems? (worldfuturecouncil.org)

Imagine you live in a house with no access to the energy grid. How to get access to basic functions? Solar Home Systems can be a solution.

The term just transition is on everybody’s lips. But what does it actually mean? 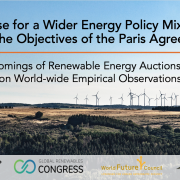 While governments around the world spend billions of dollars to rebuild economies in times of the COVID-19 pandemic, they fail to steer investments into the urgently needed energy transition. 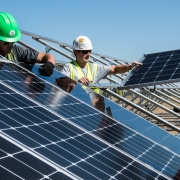 With the Paris Agreement celebrating its fifth anniversary this week, all eyes are on the world’s governments to urgently scale-up climate action. 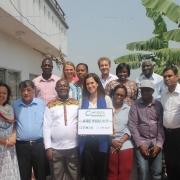 “We are living in a crisis” – a sentence often heard in 2020, and an understatement. The truth is that we are living in a world full of crises: health, democracy, biodiversity and climate have been in a constant state of crisis for the better part of the year, some of them for decades, and no end in sight. 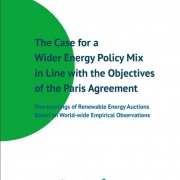 Food security is a key aspect of sustainable development. Civil society projects, organisations and initiatives working on urban food security are often the only or main provider of nutritious food to the urban most disadvantaged and vulnerable groups.

Food security is a key aspect of sustainable development. Civil society projects, organisations and initiatives working on urban food security are often the only or main provider of nutritious food to the urban most disadvantaged and vulnerable groups.