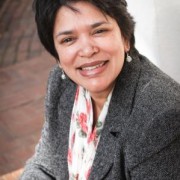 END_OF_DOCUMENT_TOKEN_TO_BE_REPLACED

Hamburg, 11th March, 2014 – Three years after the Fukushima/Daiichi nuclear disaster, the Global100RE Ambassadors are highlighting the need to refrain from using hazardous nuclear and fossil energy sources and instead shift towards 100% renewable energy. Ambassadors of the Global 100% Renewable Energy Campaign Bill McKibben, David Suzuki, Hans-Josef Fell, Jeremy Leggett, and Ulrich Kelber call on policy makers around the world to take action as transitioning towards fossil-free societies is a matter of political will. If human beings are to preserve modernity and planetary habitability, we must soon shift to 100% renewable energy in all sectors.

END_OF_DOCUMENT_TOKEN_TO_BE_REPLACED

Tokyo, 31st January 2014: Local governments across Japan are seeking to supply their regions with 100% renewable energy, three years after the major earthquake which resulted in a nuclear disaster. At the Community Power Conference in Fukushima, the Founding Partners of the Global 100% Renewable Energy Campaign welcome the decision of Fukushima prefecture to be entirely energy self-sufficient by 2040 using only renewable sources. Among them are the Japan-based Institute for Sustainable Energy Policies (ISEP), World Future Council (WFC), World Wind Energy Association (WWEA) and the coordinating organization of the German 100% Renewable Energy region network deENet.

END_OF_DOCUMENT_TOKEN_TO_BE_REPLACED 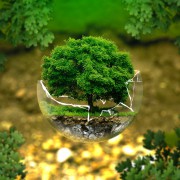 Warsaw, Poland, November 19th: The World Future Council today called upon the United Nations to take an active role in accelerating the transformation of the national energy sectors if they are serious about reaching global carbon emissions reductions. At the UN climate talks in Warsaw, the WFC launched a report which proposes a renewable energy funding mechanism within the newly established Green Climate Fund (GCF) of the UN. The GCF aims to channel financial resources from industrialised countries to developing countries in order to support the development, transfer and deployment at scale of low-carbon power generation. The proposal of the World Future Council would empower developing countries to link sound renewable energy policies such as feed-in tariffs (REFITS) with the GCF ensuring security for renewable energy investments.

END_OF_DOCUMENT_TOKEN_TO_BE_REPLACED 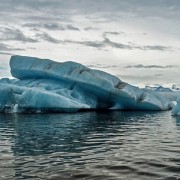 Hamburg/Stockholm – 10 November 2013: Today more than 75 laureates of the Right Livelihood Award – often called the “Alternative Nobel Prize“ –  and members of the World Future Council called upon the Russian authorities to immediately release the 28 Greenpeace activists and two journalists arrested for their peaceful protest against oil drilling in the Arctic. The signatories from more than 30 countries “applaud the sober minded and non-violent protests against Gazprom’s oil drilling in the Arctic, which poses a dangerous threat to the fragile Arctic environment and the global climate”. The crew from the Greenpeace ship “Arctic sunrise” have been in jail in Russia for more than 50 days and are faced with allegations of piracy and hooliganism for their peaceful protest of the Prirazlomnaya oil platform belonging to the international oil and gas company Gazprom.

END_OF_DOCUMENT_TOKEN_TO_BE_REPLACED

Johannesburg / Hamburg, August 16 – Approximately 1.4 billion people globally don’t have access to electricity, yet virtually all countries in the global south and emerging economies have huge, mainly untapped potential in solar, wind, hydro, geothermal or biomass energy. Less-industrialised nations now have the opportunity to leapfrog conventional electricity production and to pursue a clean energy development path in which future emissions of greenhouse gases can be significantly reduced. Energy plays a vital role in achieving the Millennium Development Goals and from 2015 onwards the Sustainable Development Goals.

END_OF_DOCUMENT_TOKEN_TO_BE_REPLACED

Munich, 19th June 2013 – The Global Alliance for 100% Renewable Energy today criticises many legislators in Europe for still lacking full commitment to the transformation to renewable energy. At the European inauguration of the new Alliance today in Munich, member organisations stated that renewable energy has become the key to Europe’s future economic and industrial development. However, according to the Alliance, “there is still a huge gap between the overwhelming socio-economic and environmental benefits of renewable energy and the political will to set adequate targets.” Therefore, members of the Alliance, among them the World Future Council, Fraunhofer Institute for Solar Energy Systems ISE and World Wind Energy Association, called for regional, national and European wide 100% renewable energy targets within the next four decades.