Currently, the highest number of people since World War II is driven to leave their homes because of armed conflicts, climate change or other issues which make it impossible for them to stay in their home regions. Globally, more than 60 million refugees are exposed to unbearable conditions, either in their own countries, in neighbouring countries or in countries even further away. For all these refugees, their situation is dire and a global humanitarian approach is needed to better address these challenges and to effectively address the causes forcing people to flee. However, we see certain demographics to be particularly vulnerable and like to shed light on what needs to be done to start better protecting them.

Therefore, we, the signatories of this statement, Councillors and Ambassadors of the World Future Council, call on all governments, international organisations, humanitarian actors and civil society organizations to step up action to protect refugee women, children and unaccompanied minors from violence throughout their journey as well as in destination countries, particularly in refugee housing.

An increasing number of refugees are women, children and unaccompanied minors. They face safety risks at every stage of their journey, including rape, sexual exploitation and abuse, sexual harassment, psychological violence, trafficking, early and forced marriage, domestic violence, child disappearance, separation from family and extortion by smugglers. We believe that the capacity to prevent and respond adequately depends largely on national governments and international organisations developing the policies, programmes and response services that will protect these vulnerable groups from violence. We strongly urge these actors to increase the protection of refugee women, children and unaccompanied minors throughout their journey as well as in transit and reception facilities as an immediate priority.

We call on governments, international organisations and other key actors to:

With political will and coordinated, comprehensive action, we will be able to ensure the safety of these vulnerable groups in need of protection. 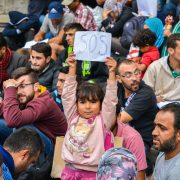 Ahead of UN Summit for Refugees and Migrants: World Future Council calls for better protection of refugee women and children 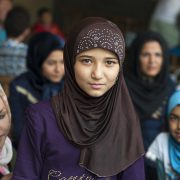 Working together to end violations of human rights of present and future generations...
Scroll to top