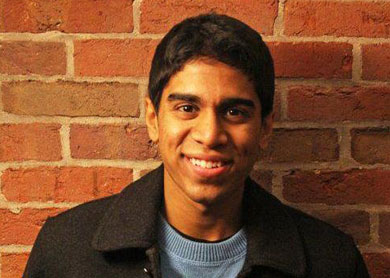 Vinay is a Rhodes Scholar who studies politics and government in Oxford, having graduated from Yale University magna cum laude and with distinction in political science. His academic work focuses on how the internet can be used to enhance citizen engagement in elections, government, and policymaking. Vinay was a digital staffer at the Obama 2012 re-election headquarters in Chicago, where he helped to lead the campaign’s online outreach efforts for young people, along with similar efforts for people with disabilities, environmentalists, and people of faith. Vinay has also worked on digital strategy for businesses, values-based initiatives, and as a White House intern in the Obama administration. He has spoken about online messaging at Tedx, at the Inter-Parliamentary Union’s 134th Assembly in Lusaka, at the Palais de Nations in Geneva. Committed to helping young people make their voices heard on issues that matter to them, Vinay also teaches public speaking and rhetoric at a Chicago Public Charter School, and has won a national public speaking championship.
Cherie Nursalim