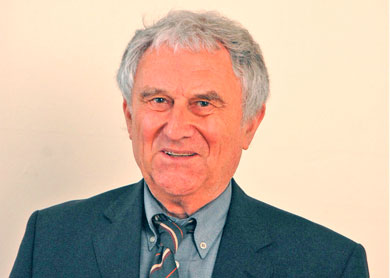 Former Director, IZT (Institute for Future Studies and Technology Assessment); Member Management Board, “House for the United Nations” in Berlin

Professor Dr Rolf Kreibich has been involved in ‘future research’ since the late 1960s and has become a recognized personality in this field. Having studied mathematics and physics, Prof. Kreibich moved into sociology and economics, and examined the broad future impact of new technological developments. Formerly the President of the Free University of Berlin, Prof. Kreibich was the scientific and managing director of the Institute for Futures Studies and Technology Assessment until July 2012. As shareholder and honorary president, he maintains connection with the Institute. He is member of numerous committees and advisory groups throughout Europe. In 1996 he won the “B.A.U.M.” – an environmental prize awarded by a German working group on Environmentally Friendly Management. He received the Order of Merit First Class of the Federal Republic of Germany. He is a member of the World Future Council.