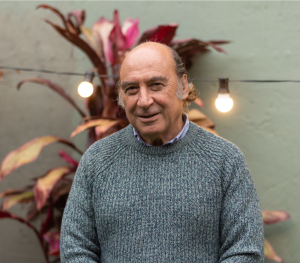 Pedro has been Global Ambassador of the B Corp Movement since October 2014, recognition granted by the B Lab US. He is co-founder of Emprendia, first B Corp in Argentina, a strategy and communication consulting company, purpose of which is for sustainability becoming core business of companies. International adviser of Guayaki, a B Corp that produces energy drinks made of organic yerba mate, dedicated to regenerating the South Atlantic Forest, the sense of community of its inhabitants and individuals related to the company. He is also a small investor in Quinto Impacto, a B Corp in Mendoza that uses technology for reaching large scale social solutions through social integration. He is also a small investor in Mercado Pax, a company that sells products of triple impact business in Argentina and Uruguay.

He was Editor-in-chief of “Ambiente y Recursos Naturales”, first environmental law magazine in Spanish, published by La Ley publishing house. Co-founder of FARN (acronym in Spanish for “Fundación Ambiente y Recursos Naturales”, or Environment and Natural Resources Foundation), where he fostered legal regimes, environmental institutions and mechanisms of citizen participation in nine Latin American countries. He was legal environmental adviser of the vice presidency of Argentina, in the country’s first democratic period.

Pedro was a consultant to UNDP, OAS and the World Bank. He was the first Representative of AVINA in Latin America and initiated the organization in five Latin American countries, building international bridges not only in the region but also with Europe. He was also in charge of launching its first climate change strategy. Pedro has a degree in Law from the National University of Buenos Aires and an LL.M from Indiana University (specialized in comparative and international environmental law).

He is a Member of the World Future Council since October 2020.