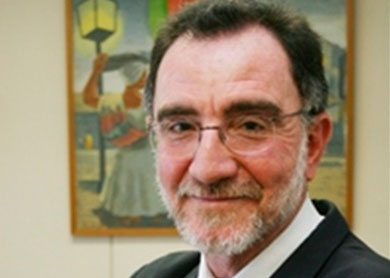 Former Brazilian Minister for Social Development and the Fight against Hunger.

From 2004 until 2010, Patrus Ananias was Minister for Social Development and the Fight against Hunger and coordinated the Zero Hunger (Fome Zero) strategy of Brazilian government. Afterwards, in 2016, he was Minister of Agroecology. Today, he is engaged in the Labour Party (Partido dos Trabalhadores) and in social projects. He studied a Bachelor of Science in Law and was a member of the Worker’s Party in the 70’s. From 1989 to 1992 Ananias was town councillor of Belo Horizonte, the capital city of the Brazilian State of Minas Gerais. In 1993 he was elected mayor of the city; that year the Minister initiated the highly successful Food Security Policy which strongly reduces hunger in the city. The Programme received the 2009 Future Policy Award presented by the World Future Council.
In 1997 Patrus Ananias left the city government to become a published author and return to university to teach science and study a Master’s degree in procedure law. In the same year his management was honoured with a United Nations award and became a public management pattern.