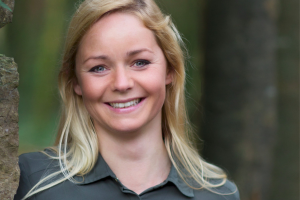 So far, she spent over a decade working in the non-profit sector, and is experienced in communication, PR, marketing, story-telling, and content creation with a background in humanities, languages, and journalism.

Miriam is holding a Master’s degree in European History and Literature. Her thesis was about the social and political role of women in early modern Ireland. Originally from the German North, she is now a Communications Consultant based in the West of Ireland with her husband and three daughters, where they planted almost one thousand trees on their land.