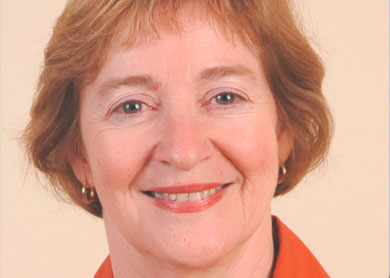 Chairperson, The Council of Canadians; Former Senior Advisor to the UN on water issues.

Maude Barlow is a Canadian activist and author. She chairs the board of Washington-based Food and Water Watch and Ottawa-based Blue Planet Project. Maude co-founded the Council of Canadians and chaired its board for over three decades. She serves on the Board of Advisors of the Global Alliance for the Rights of Nature and is a Councillor with the Hamburg-based World Future Council. Maude is the Chancellor of Brescia University College in London Ontario.
Maude is the recipient of fourteen honorary doctorates as well as many awards, including the 2005 Right Livelihood Award (known as the “Alternative Nobel”), the 2005 Lannan Foundation Cultural Freedom Fellowship Award, the Citation of Lifetime Achievement at the 2008 Canadian Environment Awards, the 2009 Earth Day Canada Outstanding Environmental Achievement Award, the 2009 Planet in Focus Eco Hero Award, and the 2011 EarthCare Award, the highest international honour of the Sierra Club (US).
In 2008/2009, she served as Senior Advisor on Water to the 63 rd President of the United Nations General Assembly and was a leader in the campaign to have water recognized as a human right by the UN. She is the creator of the Blue Communities project in which municipalities pledge to protect water as a human right and a public trust and ban plastic bottled water. There are now more than 25 million people living in ofﬁcial Blue Community towns and cities, including Paris, Berlin, Brussels, Thessaloniki, Los Angeles, Vancouver and Montreal.
Maude is also the author of dozens of reports, as well as 20 books, including her latest, Boiling Point: Government Neglect, Corporate Abuse and Canada’s Water Crisis; and Whose Water is it Anyway? Taking Water Protection Into Public Hands. Her upcoming book, Still Hopeful, Lessons From a Lifetime of Activism, will be published in March 2022.