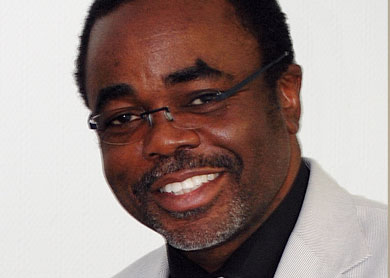 Special Representative of the LoCAL Programme Board; Founder and President of GPS-Dev. Governance & Policies for Sustainable Development; former Minister of Environment and Urban Development; Former Executive Secretary of the United Nations Convention to Combat Desertification (UNCCD).

Since becoming UN Assistant-Secretary-General and Executive Secretary of the UNCCD in October 2007, Mr. Gnacadja has dedicated himself to mobilizing political will for the fight against desertification, land degradation and to mitigate the effects of drought. As a passionate advocate of global sustainability through caring for land and soil as natural capital and global common, he is promoting the vision of a land-degradation neutral world, calling for a goal of sustainable land use for all and by all along with a target of Zero Net Land Degradation by 2030, to secure the continuing availability of healthy and productive land for present and future generations. He believes that “a land-degradation neutral world is the final piece of the puzzle that unities the challenge of land degradation with the tools at our disposal and the level of ambition needed to achieve ‘The Future We Want’.”

Born in Benin, he is an architect by profession, with a passion for landscapes and their ecological restoration.

Before taking up his present position, he served as Minister of Environment, Housing, Urban and Regional Development of Benin from 1999 to 2005. He gained firsthand knowledge of environment and sustainable development issues over a number of years in his capacity as a global player on development issues as well as Head of Delegation to the Conference of the Parties of a number of Multilateral Environmental Agreements such as the UNCCD, the United Nations Framework Convention on Climate Change (UNFCCC) and the Convention on Biological Diversity (CBD).