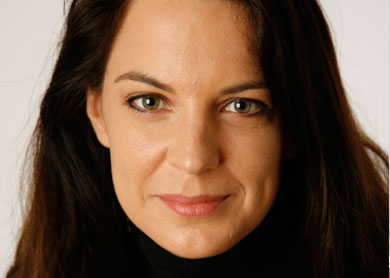 Dr Katiana Orluc is currently a political and strategic advisor for several International Organisations, NGOs and film production companies between Europe and the USA, working on international politics, socio-economic issues and future developments. Moreover, she is currently co-editing a book on the WORLD IN 2050. Before she was the Director of Development/Strategic Affairs of the Thyssen-Bornemisza Art Contemporary (TBA21) based in Vienna. Between 2006 and 2009 she was a visiting professor/scholar at the Center for European Studies at Harvard University and a member of the “Economic and Political Strategies Group” at Citigroup International, New York. In 2005-2006 she was EU Special Advisor to James Wolfensohn during his time as Special Envoy for “the Quartet” of countries seeking to broker a lasting peace in the Middle East. She worked for several years for the European Commission, responsible for the reconstruction of Iraq and the Middle East Peace Process as well as the development of EU aid programmes for the MENA region. She was also Special Advisor to Marc Otte, Special Representative to the EU for the Middle East Peace Process, and to EU Commissioners for External Relations, Christopher Patten and Benita Ferrero-Waldner. She holds a master’s degree from Oxford University and a PhD from the European University Institute in Florence, Italy. She is a board member of several political and environmental organisations.