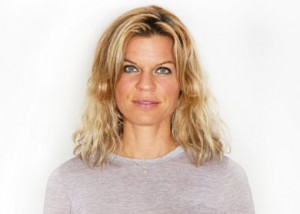 Janina Özen-Otto was born in Hamburg in 1973. She started her professional life with a commercial apprenticeship as wholesaler and merchant for foreign trade, specialising in textiles. This was her first step into the wide world. Before moving to far flung shores, and things become somewhat wild, she felt drawn to study Business Economics at the University of Witten/Herdecke and obtained her degree four years later.

Already then Janina Özen-Otto developed a passionate interest in cultural-political and social affairs – an interest which has continued to shape her until today – and which she has continued to foster on many travels around the world. In 2004 (among others in cooperation with the WWF, Welthungerhilfe, and the Federal Ministry of Economic Cooperation and Development) she initiated the project “Cotton made in Africa.” She then spent a total of seven years away from Hamburg on this continent and additionally was engaged in environmental protection and development aid.

In 2009 she founded the ANA KWA ANA Foundation, which is dedicated to helping African HIV/Aids orphans and street children, as well as promoting the rights and independence of women. The maxim being “help to self-help.” Still today Janina Otto leads this organisation as Director.

Returning home to her native city of Hamburg she moved into a new professional field, which enriched her social competence and experience, by studying psychotherapy and qualifying herself as an art therapist. The counselling of disadvantaged young children and adolescents from a vulnerable family background has increasingly become the focus of her daily work.