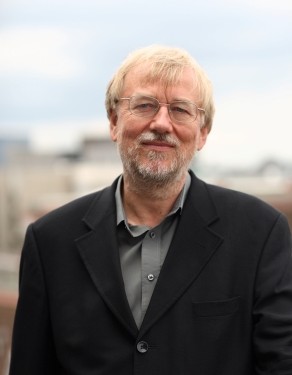 Jakob von Uexkull is the founder of the World Future Council (2007) and the Right Livelihood Award (1980), often referred to as the ‘Alternative Nobel Prize’, as well as co-founder (1984) of The Other Economic Summit. As a past Member of the European Parliament (1987-89) he served on the Political Affairs Committee and later on the UNESCO Commission on Human Duties and Responsibilities (1998-2000). Jakob has also served on the Board of Greenpeace, Germany, as well as the Council of Governance of Transparency International. He is a patron of Friends of the Earth International and lectures widely on environment, justice and peace issues.

Jakob von Uexkull has received the Future Research Prize of the State of Salzburg, Austria (1999), the Order of the Cross of Terra Mariana of the Republic of Estonia (2001), the Binding-Prize (Liechtenstein) for the protection of nature and the environment (2006) and the Order of Merit First Class of the Federal Republic of Germany (2009). In 2005, he was honoured by Time Magazine as a European Hero and in 2008 he received the Erich-Fromm-Prize in Stuttgart, Germany. He is also a recognised philatelic expert with publications including ‘The Early Postal History of Saudi Arabia’ (London, 2001).

Born in Uppsala, Sweden, Jakob von Uexkull is the son of the author and journalist Gösta von Uexkull and grandson of the biologist Jakob von Uexkull. After schooling in Sweden and Germany he graduated with an M.A. (Honours) in Politics, Philosophy and Economics from Christ Church, Oxford. He holds both Swedish and German nationality. Jakob is married and has three children. He lives with his family in London.