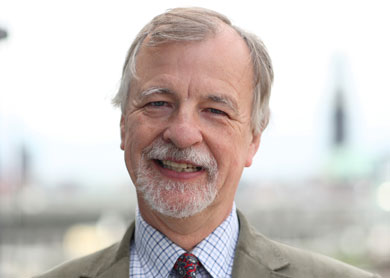 Consultant to UNEP and UN-Habitat; author

Prof. Herbert Girardet is cofounder and former director of programmes of the World Future Council. He is a cultural ecologist, author and former filmmaker. He has worked as a consultant to UN Habitat and UNEP and is a recipient of a UN Global 500 Award for outstanding environmental achievements. He is an executive committee member of the Club of Rome, and a member of the World Academy of Art and Science and visiting professor at the University pf the West of England. As ‘Thinker in Residence’ he developed exemplary sustainability strategies for South Australia which have been fully implemented. His 13 books include EARTHRISE (1992), THE GAIA ATLAS OF CITIES (1992 and 1996); CITIES, PEOPLE, PLANET (2004 and 2008); A RENEWABLE WORLD – Energy, Ecology, Equality (2009), and CREATING REGENERATIVE CITIES (2014).

He is Co-Founder and member of the World Future Council.