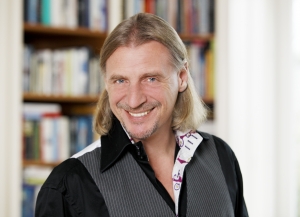 Frank Otto is a pioneer in the field of private radio and private television in Germany. He was the co-founder of OK Radio as well as the TV channels Viva and Hamburg1. Since 1993, Frank Otto is active on the Board of the Hamburg Press Club. Around the same time, he began his involvement on the Board of Trustees of Hamburg Leuchtfeuer. He supports several Hamburg-based initiatives, such as the Renewable Reading Days, Viva con Agua de St. Pauli and of course the World Future Council. In 2013 he received the Distinguished Service Cross of the Federal Republic of Germany.