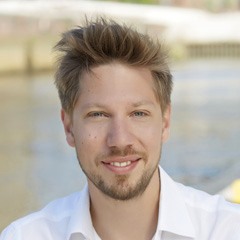 Florian Hoffmann is a German entrepreneur and social innovator. He is the founder and managing director of the DO School. The DO School is an award-winning global organization powered by a community of purposeful DOers, innovators, and experts from 100+ countries. Through its unique methodology, it supports businesses to ideate and realizes new solutions, creates cultural movements, and enable social impact.

Raised in Germany and Spain, Florian has launched a variety of for profit and not for profit ventures in Europe, the US, and Asia. Florian holds an MPhil in International Politics with Distinction from St Antony’s College, Oxford and also holds degrees, respectively studied at Bard College, Berlin’s Humboldt University and Duke University, NC.

Florian´s work has been profiled across various international newspapers, including The Wall Street Journal and The Financial Times. He has lectured at Universities such as Columbia, Oxford, the University of Geneva, the Hasso Plattner Institute at Potsdam University and the European Business School.

Florian was named one of 100 Young Global Leaders under 40 by the World Economic Forum as well as a Fellow by the Tribeca Disruptor Foundation.

Florian lives with his family in Berlin.

Florian Hoffmann has been a member of the SB since 2019.