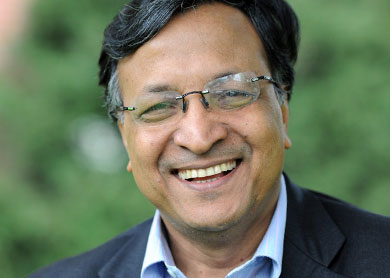 Co-founder of the Grameen Bank, Founding Managing Director of the Grameen Shakti, Founder and Chairman of the Bright Green Energy Foundation, President of the South Asian Network for Clean Energy (StANCE). In 1983, Dipal Chandra, together with Muhammad Yunus, founded the microfinance institution Grameen Bank and remained its Deputy Managing Director until December 2009. This institution lends micro credits to poor people in Bangladesh without the requirement of classical securities. For its success in fighting poverty, it received the Nobel Peace Prize 2006. He is also Founding Managing Director of Grameen Shakti, which supports the diffusion of Solar engineering and the use of other renewable energy sources in villages of Bangladesh. In 1996, he introduced an innovative instalment based financial model which reduces the upfront cost of Solar Home System (SHS) to consumers’ monthly kerosene cost. By following the path now Bangladesh has already installed over 4 million SHS in the rural areas of Bangladesh. For its engagement in environment protection, it has been honoured with the Right Livelihood Award. Mr. Barua also founded the Bright Green Energy Foundation, which he manages at present. For his innovation and engagement in the field of renewable energies he received the first Zayed Future Energy Prize in 2009. In August 2015 he was elected as the president of South Asian Network for Clean Energy (StANCE) which is a regional network of clean energy associations to recommend policy coordination, facilitate knowledge sharing, promotes access to finance and pursues shared action aimed at an accelerated and rapid transition to clean energy in South Asia.