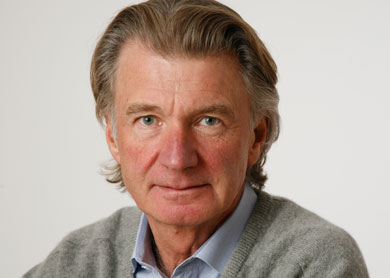 Anders Wijkman is an opinionmaker and author. He is Honorary President of the Club of Rome, senoir advisor to The Stockholm Environment Institute and chairman of the Swedish Association of Recycling Industries. As of March 2017 Anders is chairman of the Governing Board of Climate-KIC – the largest public-private partnership on innovation for low-carbon solutions in the EU.

Anders is a member of the Swedish Royal Academy of Sciences, the World Future Council and the International Resource Panel. He is also a member of the Board of SIDA (Swedish Development Authority) Anders is honorary doctor at Linköping University(2011).

During 2015 Anders published the report – ”The social benefits of moving towards a Circular Economy” – on the request of the Club of Rome. The main conclusions are that serious decoupling, in the form of a circular economy, will bring significant benefits to society – primarily in the form of lower carbon emissions and gains in employment. In 2012 Anders launched ”Bankrupting Nature” – with co-author Professor Johan Rockström. The book was published by Routledge.