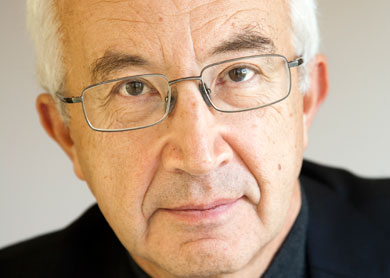 Professor at the Geneva School of Diplomacy and International Relations, and former President of Green Cross International.

Prof. Dr. Alexander Likhotal is Professor at the Geneva School of Diplomacy and International Relations, and the former President of Green Cross International. He holds doctorates in Political Science from the Moscow State Institute for International Relations (1975) and in History from the Institute of World Economy and International Relations, USSR Academy of Sciences (1987). In addition to an academic career as a Professor of Political Science and International Relations, he served as a European Security analyst for the Soviet Union leadership. In 1991, he was appointed Deputy Spokesman and Advisor to the President of the USSR, Mikhail Gorbachev. After Mr. Gorbachev’s resignation, Professor Likhotal served as his advisor and spokesman at the Gorbachev Foundation. He is also a member of the Boards of Trustees of the Bibliotheca Alexandrina and of the World Academy of Art and Science, of the Club of Rome Executive Committee, and serves as adviser to the Club of Madrid. He was born in Moscow in 1950, married, has one daughter. He is a member of the World Future Council.
Prof. Dr Wangari Maathai (d. 2011)