“How do we get to 100% Renewable Energy by 2050 in the County of Oxford? One of the strategies is to look beyond our borders.” This is why Jay Heaman, Manager of Strategic Initiatives and David Mayberry, Warden of Oxford County travelled to Germany to learn what people from around the world have accomplished. After visiting Rhein-Hunsrueck District, Frankfurt, Wolfhagen and attending the Kassel International Dialogue, Oxford County’s political decision makers laid out a framework for Oxford to become a “100% RE” community. It outlines how community, business, government, academic, national and international partners can work together while the fully developed plan, to be presented in fall this year, will also include specific targets, milestones and actions.

Oxford County is a rural area covering 2,039 km² that encompasses 2 towns, 5 townships, and 1 city, with a population of 111,700. In addition to having long roots in farming, Oxford is rich in entrepreneurship and innovation, is located along highly accessible transportation routes. On June 24, 2015, the Council unanimously committed to 100% renewable energy by 2050. The motion put forward by Woodstock Mayor and County Councillor Trevor Birtch, who was inspired by the Global Learning Forum, placed Oxford as the first municipal government in Ontario to commit to a renewable energy target and only the second in Canada after Vancouver, BC. This commitment is for community-wide use of renewable energy not only for electricity, heating/cooling, and transportation, but also the primary industry, agriculture. 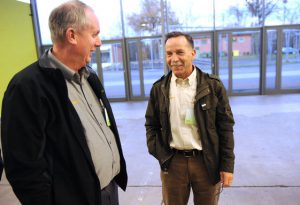 “Collectively as a community, I am convinced that we can accomplish renewable energy as we try to wean ourselves off fossil fuels. It won’t be done this year and not next year, but if we set ourselves a goal, I am absolutely convinced, that we can do it.”  David Mayberry, Warden of Oxford County.

“Collectively as a community, I am convinced that we can accomplish renewable energy as we try to wean ourselves off fossil fuels. It won’t be done this year and not next year, but if we set ourselves a goal, I am absolutely convinced, that we can do it.” says David Mayberry, Warden of Oxford County. Motivated by the urgency to protect the planet for future generations, Jay Heaman, David Mayberry, Trevor Birtch have worked hard over the past 12 months, building on experiences from their partners including York University’s Sustainable Energy Initiative; the Canadian Urban Transit Research & Innovation Consortium (CUTRIC), Renewable Cities, World Future Council and the Global 100% RE campaign. 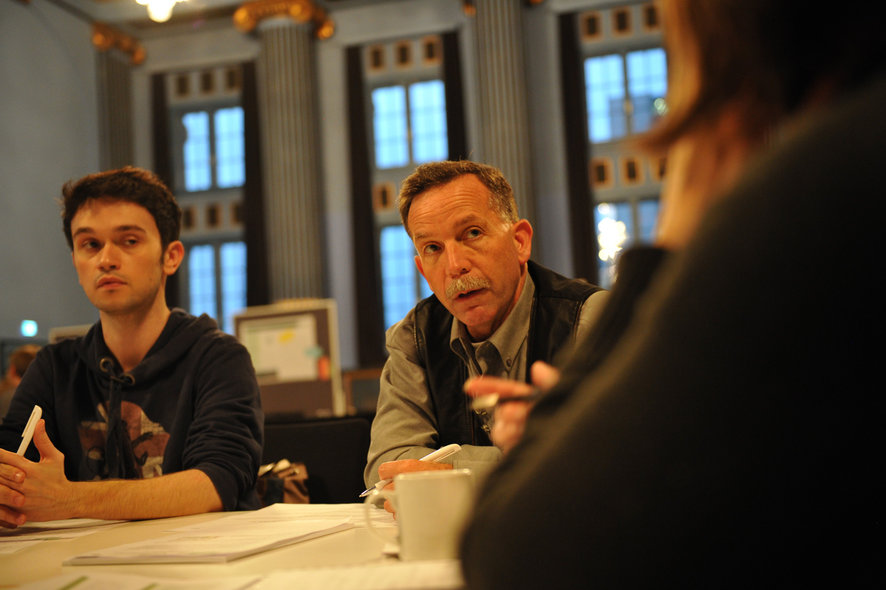 The Draft Plan uses as its framework 12 internationally endorsed criteria from the Kassel International Dialogue on 100% Renewable Energy report released in November 2015. The criteria are intended to serve as guideposts for local governments in planning to meet their 100% RE goals, from implementation to target setting through to strategies that enable 100% renewable energy. “The magic is how we try and harness those naturally forming energy transformations to adapt our lives.” says Jay Heaman, Manager of Strategic Initiatives, Oxford County.

Members of the community can read the Draft Plan and submit their questions, comments and feedback over the next 60 days at www.oxfordcounty.ca/speakup. The final version of the Plan is expected to be released in the fall of 2016. Oxford’s 100% RE goal is a target of the Future Oxford Community Sustainability Plan. For more information visit smartenergyoxford.ca and watch the series of videos that showcase the concept of 100% renewable energy.

Can we make national and local governments work better together?