London, 14 November 2014 – On the 25th Anniversary of the UN Convention on the Rights of the Child, the World Future Council launches “Voices of Future Generations”, an international children’s book series highlighting the vision of children for a just, vibrant, and green world. The first internationally selected author is a nine-year old British boy from Cambridge in East Anglia. 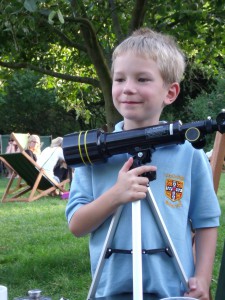 Every year, this new series of books will feature fresh and creative stories, written by children from around the world. The Series will be published in the six UN languages to spread their messages for a fair and sustainable tomorrow among their peers, schools and adults worldwide.

“Children have a clear vision. Giving them a voice and listening to what they have to say is imperative to ensure that future generations can grow up healthy and safe in a clean environment”, says Jakob von Uexkull, Founder of the World Future Council (WFC).

In light of the long-term human, social and political impacts of climate change, biodiversity losses, resource waste and the degradation of our environment, children around the world must be empowered to be a part of the solution.

“The Rights of the Child Convention promises all children that our rights to a clean environment and to education about nature will be respected. We have a really long way to go, all over the world, to keep these global promises. There is so much that we can all do, from planting trees to inventing new eco-science solutions. Our survival, and all future generations, are at stake. We need to start now!” said 9 year old Jona David, author of “The Epic Eco-Inventions” and a citizen of the UK, Canada, Germany and Switzerland.


On November 22, the first book of the series will be launched at the Science Museum in London, after two Roundtables for ‘inter-generational dialogue’ have highlighted both the serious challenges faced by children worldwide in realizing their environmental and educational rights, and also the many innovative solutions that already exist all over the planet.

Many high-profile speakers will participate, including Jakob von Uexkull, WFC founder; WFC Councillors HE Judge CG Weeramantry, former Vice-President of the International Court of Justice and laureate of the UNESCO Prize for Peace Education; Dr Julia Marton-Lefevre, IUCN Director-General; Dr Marie-Claire Cordonier Segger, Senior Director of the Centre for International Sustainable Development Law (CISDL) who has authored 18 books in 6 languages on these issues, and Anna Oposa, Founder of Save Philippine Seas, who famously won the right to represent future generations in one of the world’s leading legal cases; also distinguished guests and co-hosts Dr Marcel Szabo, Commissioner for Future Generations of Hungary; Dr Karl Hansen Director of the UK’s Trust for Sustainable Living; Prof Kirsten Sandberg, Chair of the UN Committee on the Rights of the Child, and – tbc – Her Majesty Queen Noor of Jordan. They join in celebrating the 25th Anniversary of the UN Convention on the Rights of the Child, and in congratulating a 9-year-old British boy who is already making a difference in the world.

Ahead of the G20-Summit in Brisbane: World Future Council calls for regulation... Scroll to top