On September 26, the United Nations Assembly held a High-Level Meeting on Nuclear Disarmament to commemorate the International Day for the Total Elimination of Nuclear Weapons. 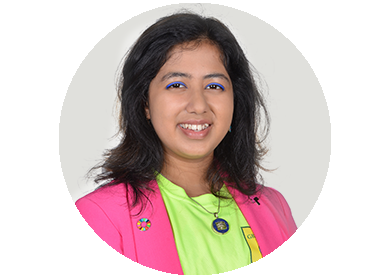 Our Youth Ambassador and environmental activist Kehkashan Basu got elected to speak to the UN High-Level Meeting on Nuclear Disarmament. Please find her presentation below. 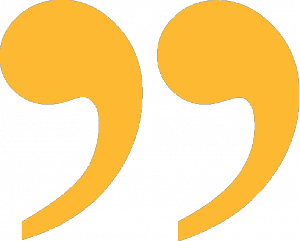 “Honorable President of the General Assembly, Your Excellencies, distinguished Heads of Delegations and my dear colleagues

I speak on behalf of the World Future Council, a member of the Abolition 2000 global network to eliminate nuclear weapons.

Myopia is the word that comes to mind as I begin my address to you today.

168 million – that’s the number of children trapped in child labor worldwide, many of them girls much younger than me.

Every second, a person dies of hunger. Which means that by the time I finish speaking, 500 more people would have died of hunger and starvation.

And yet the nuclear-armed States continue to spend billions of dollars for building nuclear stockpiles, ostensibly in the name of security, but in reality threatening current and future generations and violating the rights of children to a peaceful and non-irradiated planet.

And our banks, universities, cities, pension funds and governments continue to invest in the corporations manufacturing and promoting the nuclear arms race for their own personal gain with no consideration for the ethics of investing in death.

This is the myopia that afflicts our society, our governments and our policy makers and each one of us has to take ownership for the situation we find ourselves in today.

Your Excellencies, my name is Kehkashan – I am the 18 year old Youth Ambassador of World Future Council and am here to urge you on behalf of the future generations to take action.

I am growing up in a world where factories churn out Trident submarines at $4 billion each, while in the developing world 80,000 children die each day due to poverty – most of whom could be saved with food or medication costing less than 1/10th of the cost of one Trident submarine.

In 2015 the world’s nations adopted the sustainable development goals with concrete programs on reducing poverty and protecting the environment. Yet governments continue to
undermine progress by investing more in military, including nuclear weapons, than in achieving the goals.

I recognise that for many countries, nuclear weapons provide a sense of security. Perhaps they play a role in preventing war. But we are a civilised and intelligent society, are we not? We know how to resolve conflicts, prevent aggression and enforce the law without having to threaten to destroy civilisation.

We have the United Nations, the OSCE, the International Court of Justice and many other mechanisms for diplomacy, common security and law. So even if we can’t prohibit and eliminate nuclear weapons overnight, we can start the disarmament process, slash the nuclear weapons budgets and start funding peace.

A first step is to disarm the nukes. Take them off alert and launch-on-warning. Take the warheads off the missiles.

The UN High Level Conference on Nuclear Disarmament, which was scheduled to be held in 2018, could provide a vital platform to make progress on these issues. The conference could definitely give some momentum to the implementation of Article 26 of the UN Charter – the obligation to reduce military spending in order to address economic and social needs.

Parliaments, cities and civil society representatives around the world are urging you, the members of the United Nations, to not give in to the nay-sayers, but to continue with the High Level Conference in 2019 and ensure that you all attend at the highest level.

Regardless of what governments do, civil society will step up our action for nuclear disarmament and sustainable development.

Civil society organisations, in cooperation with parliamentarians from around the world, have launched the ‘Move the Nuclear Weapons Money’ campaign to cut the $100 billion annual nuclear weapons budget and reallocate these resources into the Sustainable Development Goals and other areas of human and environmental need. This includes direct cuts to nuclear weapons budgets, and divestment from the nuclear weapons industry. Already four governments and a number of cities, banks and investment funds have adopted nuclear weapons divestment policies.

And we are supporting the Iran peace and nuclear non-proliferation deal and the Korean peace and denuclearization process, which we urge all nations to also support.

Your Excellencies, I thank you and the United Nations for holding this High Level Meeting. Let us pledge together to build common security that has no need for nukes, and utilize instead our  carce resources to prevent the death of the next child from hunger, from disease, from exploitation. Instead of weapons of mass destruction, let us use our tools of poverty destruction. Let us  remember and act on what the late Kofi Annan said “Extreme poverty anywhere is a threat to human security everywhere.

Strengthening the child protection system in Ghana
Scroll to top