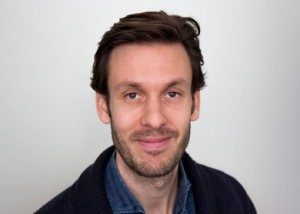 UN ‘International Days’ are designed to promote international awareness and action on certain issues. For the most part, they deal with key security, development and health issues that the international community is facing – e.g. water security, slavery and environmental degradation, just to name a few examples.

Over the years, the number of such days has ballooned – to date, there are 130 such observances (not counting the UN 2016 International Year of Pulses and 6 UN Decades in which we currently live). The main reason for this growth is that it’s low-hanging fruit for member states to propose a commemorative day as many are dedicated to lofty ideals that few others would want to oppose (what country wants to go on record as not caring about migratory birds?).

That’s why you can now have your awareness raised about child labour, albinism, blood donation, elder abuse, family remittances and desertification and drought – all in one week in June! You cannot help but feel that packing the calendar with so many commemorative days devalues and defeats the purpose of awareness raising.

And so today it’s nuclear weapons’ turn, as we mark the International Day for the Total Elimination of Nuclear Weapons. A lofty goal if there ever was one, a world free of nuclear weapons has been a shared vision of the international community since the first nuclear weapons were dropped on Hiroshima and Nagasaki. However, 71 years since those attacks it’s safe to say that the goal has proven elusive.

When in 2013 the UN General Assembly voted in favour of designating 26 September as the International Day for the Total Elimination of Nuclear Weapons, few thought it would be a game changer. That’s not to say it’s without value. Intended to enhance “public awareness and education about the threat posed to humanity by nuclear weapons and the necessity for their total elimination, in order to mobilize international efforts towards achieving the common goal of a nuclear-weapon-free world”, the day rightfully highlights the critical gap in public awareness on the dangers on nuclear weapons.

But it was never going to constrain the actions of any of the nuclear-armed states. For them it has been business as usual.

All nine have been involved in renewing and extending nuclear weapon programmes or modernising forces, none of them have lowered the role of nuclear weapons in their defence policies (quite the contrary – in some cases, nuclear weapons have enjoyed increased salience in military posturing), one carried out a nuclear test as recent as 9 September (less than a fortnight after the UN International Day Against Nuclear Tests no less!) and the majority has forcefully resisted multilateral nuclear disarmament efforts—case in point being that the United States, Russia, United Kingdom, France and Israel voted against the resolution that designated 26 September as the International Day as well as, inter alia, “calls for urgent compliance with the legal obligations and the fulfilment of the commitments undertaken on nuclear disarmament.”

And so it has been left to the non-nuclear weapon states to take up the baton and advance nuclear disarmament. By definition, what they can achieve as countries without nuclear weapons is limited in the push for a world free of nuclear weapons. But two recent initiatives are worth highlighting – worth raising awareness about, if you will.

On Wednesday, Austria announced that it would join other UN member states in tabling a resolution next month at the UN General Assembly to convene negotiations on a legally binding instrument to prohibit nuclear weapons in 2017.

The move follows a recommendation adopted last month by the UN Open Ended Working Group on nuclear disarmament in Geneva for the General Assembly to convene a conference in 2017 to negotiate “a legally binding instrument to prohibit nuclear weapons, leading towards their total elimination”. The recommendation was supported by 62 countries (all non-nuclear weapon states).

The recommendation was part of a more detailed report that will be presented to the UN General Assembly, and which also includes a recommendation for States to undertake measures to reduce and eliminate the risk of nuclear weapons use, increase transparency about nuclear weapons and enhance awareness about the humanitarian consequences of any use of nuclear weapons. In yet another sign of their reluctance to implement their nuclear disarmament obligations, none of the nine nuclear weapons possessors participated in the OEWG.

The second initiative is a bold legal action that puts the legal obligations on nuclear disarmament back at the heart of the debate and action.

In April 2014, the tiny Pacific Island state of the Marshall Islands took the nine nuclear-armed States to the International Court of Justice (ICJ), claiming they are in violation of their nuclear disarmament obligations, as rooted in the nuclear Non-Proliferation Treaty and Customary International Law.

The unprecedented legal action requests a declaratory judgment of breach of obligations relating to nuclear disarmament, cessation of the nuclear arms race, and good faith as well as an order from the Court directed at the nine nuclear powers to take, within one year of the judgment, all steps necessary to comply with their nuclear disarmament obligations.

The cases have proceeded against the three nuclear-armed states that have accepted the compulsory jurisdiction of the ICJ – the United Kingdom, India and Pakistan. In March this year, the Court held hearings in these cases on preliminary issues. Next week, on 5 October, the Court will issue its judgement on these issues and whether the cases are to proceed to the merits phase.

Although it remains to be seen where both initiatives will go and what effect they will have on the policies of the nuclear-armed states, they are being pursued in the full spirit of today’s goal – the total elimination of nuclear weapons.

How terminology skewed the Trident debate

How terminology skewed the Trident debate

Public Space for a Liveable Regenerative City: Learning from China and the Asia...
Scroll to top