The F20 Foundations Platform is an alliance of more than 45 foundations and philanthropic organizations from twelve countries that have joined forces in order to further shape the political discourse on future sustainability measures.

Ahead of the G20 summit in Hamburg, representatives from participating foundations got together to discuss the challenges and opportunities of the implementation of the Paris Agreement. In a joint statement, they called upon the G20 states to confirm their commitment to the Paris Agreement. During the event in the prestigious Hamburg Town Hall, which was mainly organised by the World Future Council, WFC-Councillor Dr Auma Obama and Honorary Councillor Dr Michael Otto took part in the press conference. Dr Otto emphasised the importance of the implementation of the Paris Agreement and urged for more ambitious climate action, also in Germany: He pressed for a German withdrawal from fossile fuel and the promotion of renewable energies and carbon-neutral traffic.

During her speech at the event, Dr Obama stressed that African people must be included when talking about climate action: They should not be doing the same mistakes as the industrialised countries, and would be able to leapfrog developments. Other speakers included Laurence Tubiana, the architect behind the Paris Agreement, the US-american physicist and environmentalist Amory B. Lovins, as well as the British economist Lord Nicholas Stern. Around 400 people attended the event; the side-events before and after the main event included an energy transition tour through Hamburg and other workshops organised by F20 foundations. 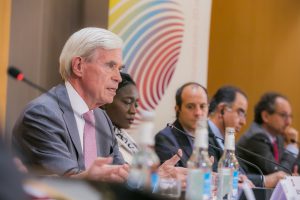 At the end of the main event in Hamburg, the German minister for the environment, Barbara Hendricks, received the F20 publication. Climate action and sustainable development must become core duties of the leading industrialised and threshold countries. The Trump Administration’s withdrawal from the Paris Agreement is “short sighted and irresponsible”, as the F20 members state. We are positive that the event on the 4th of July here in Hamburg was just the start of a success story for common and transnational action towards a zero carbon economy and a successful implementation of the 2030 Agenda.

For more information on the F20 Platform, please visit www.foundations-20.org 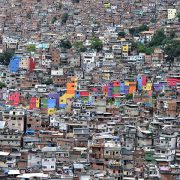