A flurry of positive environmental news stories emerging from Maryland is giving hope that the State’s strong environmental education legislation, which the WFC is working to spread, combined with tough pollution control and restoration actions is paying off. Recent weeks have seen particularly positive news for the Chesapeake Bay, the largest estuary in the US surrounded by Maryland and Virginia, which had become overfished and badly polluted with sewage, agricultural runoff and industrial waste since the 1970s.  News that sewage pollution goals have been met 10 years early, that there has been a resurgence in aquatic grasses, blue crab, striped bass and bald eagle populations and that “dead zones” in the bay are shrinking are all giving cheer to those involved in restoration and environmental education activities in the area.

Environmental literacy is not just about having a deep understanding of environmental issues facing the planet today, but is also crucially about working to help reduce them.

On a recent environmental education field trip to Maryland, WFC staff saw first hand how awareness raising and practical actions go hand in hand to produce these kind of success stories. Environmental literacy is not just about having a deep understanding of environmental issues facing the planet today, but is also crucially about working to help reduce them. Groups like the Chesapeake Bay Foundation (CBF) and the Maryland Association for Environmental and Outdoor Education (MAEOE) are improving awareness and changing behavior among Maryland’s schools and communities while actively restoring native oysters, planting underwater grasses, trees and stream buffers to restore the Bay’s natural filters.

In Maryland, these kind of actions by schools are not only encouraged but are a mandatory part of the curriculum thanks to the Maryland’s pioneering Environmental literacy Standards which in 2011 ruled that each local school system must provide a comprehensive, multi-disciplinary environmental education programme. We saw this first hand when joining a recent science class boat trip where students measured the quality of the water using a range of technology which they then analysed before releasing oysters they had grown into the bay. Oysters are economically important to the surrounding region but are also a vital part of the water filtration system. One oyster can filter about 50 gallons of water a day, meaning that maintaining high oyster levels is very important in making sure the water is fit for wildlife. More than 200 million oysters have been ‘planted’ as a result of these restoration programmes which have undoubtedly had a positive impact on the bay’s water quality

The good news isn’t only confined to the health of the bay but also to a student led victory on climate change. Faced with strong calls from Maryland’s undergraduate students to act on greenhouse gas emissions, the University System of Maryland Foundation pledged to direct its $1 billion endowment away from coal, oil and natural gas companies and instead invest in renewable energy. “It’s because of the students and the positions they took that caused us to focus on it this year,” said Leonard Raley, president and CEO of the foundation. “The world is changing and we’re paying attention to it. We’re concerned about climate change and I think the actions that our foundation took reflect that.”

Of course not all these victories are down to Maryland’s pioneering environmental literacy requirement but we certainly believe it is playing a key role. We are now focussing our efforts at the WFC on showing legislators from around the world how introducing a mandatory and holistic programme for educating young people about our environmental responsibilities can have a positive impact both on the health of local wildlife and in tackling environmental problems such as climate change. 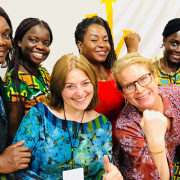 Ghana on its way to its enhanced child protection system 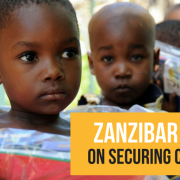 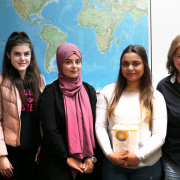 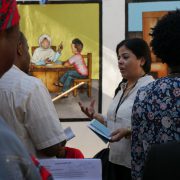 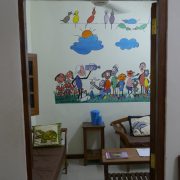 How terminology skewed the Trident debate
Scroll to top