The Future Justice team attended a talk concerning the relationship between climate change and human rights, hosted by the Global Governance Institute, UNICEF UK and UCL Grand Challenges, with the UN Special Rapporteur on Human Rights and the Environment, Prof. John Knox.

Mike Penrose, Executive Director of UNICEF UK, introduced the topic at hand by urging us all to place human beings at the core of this debate. Climate impacts causing the displacement of several tens of millions of people in places such as Bangladesh and food security crises in East Africa bringing a rise in child mortality, point to the key framing of the issue. It becomes even more pressing when we consider that it’s the young/future generations and the ones most vulnerable amongst the current generations who will bear the consequences of climate change first and hardest.

Climate impacts causing the displacement of several tens of millions of people in places such as Bangladesh and food security crises in East Africa bringing a rise in child mortality, point to the key framing of the issue.

With COP21, Penrose continued, we have an opportunity to stem this crisis – a sentiment later reiterated by Prof. Knox. Given that the governments have agreed to limit climate change to 2 degrees, or even 1.5, despite that still being a potentially catastrophic rise in temperature, it might just be within the realms of manageable. To go forwards with this daunting and ambitious objective Mike Penrose urged that we all need to move from words to actions.

Most importantly there needs to be early and heavy investment in mitigation measures that will reduce the climate impact on children. To achieve this we need to tackle the issue through a rights based approach, in order for human beings and children to be at the centre of the debate: ‘Their voice needs to be listened to because they will inherit this planet.’

The role of Prof. Knox as UN Special Rapporteur on Human Rights and the Environment is to study this specific area of law and clarify how human rights law applies to environmental protection. Prof Knox’s work encompasses thereby also the study of human rights obligations relating to the enjoyment of a safe, clean and healthy environment.

It turns out that The Universal Declaration of Human Rights doesn’t cover the environment because human rights laws developed before our understanding of the environment. Thus work to combine the two is increasingly vital. Nowadays, already more than 90 national constitutions include a right to healthy environment, this includes but isn’t limited to tribunals that have effectively ‘greened’ existing human rights.

Prof. Knox shared some of his conclusions drawn from his extensive research:

A clear benefit derived from a human rights perspective to climate change is a clarified view as to what is at stake: whether all of us – especially the most vulnerable – will be able to live with dignity, equality and freedom and furthermore, it provides a solid guidance for robust and effective climate policies, by virtue of keeping humans at the core of this debate.

What we need to do now is to go further with the reframing of climate change as a threat to human rights; the fact that we see images of polar bears and post apocalyptic Mad-Max-Style environments, John Knox explained, is a sign that climate change and the real impact of it is still too far removed from us as human beings.

“Climate change is the greatest threat to human rights in the twenty first century.”  Mary Robinson

The recent Paris agreement therefore has to be lauded in that this is the first time that such an agreement refers to human rights in relation to climate change. The narrative on climate change is broadening out to the human threat faced, especially as basic human rights are already being violated due to climate change, with the risks of greater and more extensive corrosion of rights becoming more apparent. A great deal needs to be done to bring Paris into action, to see a fast reduction in emissions.

The talk concluded by highlighting a new way, paved in lawsuits, to move beyond this rhetoric such as Asghar Leghari v Federation of Pakistan 2015, Urgenda Foundation v The State of the Netherlands 2015 and most recently a case where the young generation decided to fight for their right to a healthy environment : the Children’s Trust Lawsuit v The United States of America ( Kelsey Cascade Rose Juliana; et al., v. The United States of America). 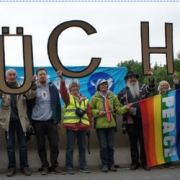 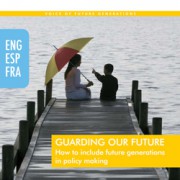 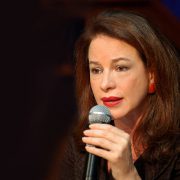 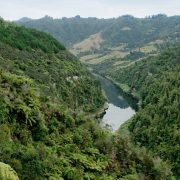 Recognising nature as a legal person: the Whanganui River in New Zealand 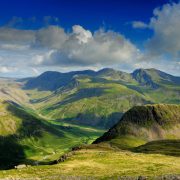 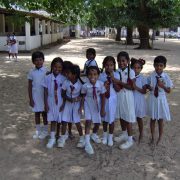 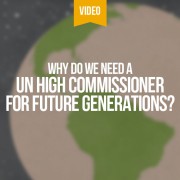 “Solutions exist, it is up to us to overcome silo thinking”
Scroll to top